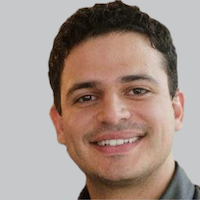 This article, "Plasma P-Tau181 Biomarker May Be Accessible, Scalable Test for Alzheimer Disease," was originally published in NeurologyLive.

New research points to blood immunoassay as a predictor of tau and amyloid-ß pathologies, helping to identify potential cases of Alzheimer disease earlier.

Analysis of data from a number of cohorts suggests that the validated an ultrasensitive blood immunoassay for cerebrospinal fluid (CSF) tau phosphorylated at threonine 181 (p-tau181) can predict both tau and amyloid-ß pathologies, differentiate Alzheimer disease from other disorders, and identify it across the clinical spectrum.

The researchers noted that the blood biomarker could serve as a simple, accessible, and easily scalable test for the screening and diagnosis of Alzheimer.

The investigators also found the highest concentrations reported in the amyloid β-positive MCI and Alzheimer disease groups (P <.001 for Alzheimer vs all other groups).

In the primary care cohort, plasma p-tau181 was able to distinguish Alzheimer disease from young adults (AUC, 100%) and cognitively unimpaired older adults (AUC, 84.44%), though it did not distinguish from MCI (AUC, 55.00%).

“The blood p-tau181 test showed high accuracy for predicting in-vivo tau tangles and a predictive power to detect amyloid β plaque-positive individuals that was similar to high-performance mass spectrometry-based amyloid β plasma assays,” the authors wrote, noting that blood p-tau181 can identify those with brain tau and amyloid β pathology with an AUC of up to 90%.

“The strong correlation between plasma p-tau181 and amyloid β PET, together with the increased plasma p-tau181 in amyloid β PET-positive and tau PET-negative (Braak 0) individuals suggests that this new test detects Alzheimer disease type pathology in the very early disease stages,” they wrote.

The technology has applications for diagnosis and recruitment for disease-modifying trials. The blood p-tau181 assay has the potential to be incorporated into clinical practice as a rapid screening test to rule out Alzheimer’s disease pathophysiology and to guide therapy and clinical management of patients with dementia.