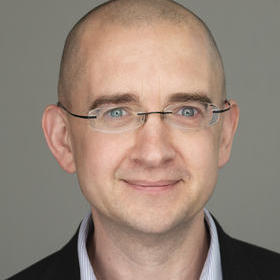 Carbon monoxide (CO) may not be the most accurate gauge for indoor air pollution exposure in certain settings, according to a new study which assessed its association with pediatric pneumonia.

In a new interventional trial conducted by an international team of investigators in rural Malawi, Kevin Mortimer, PhD, and colleagues sought to understand the link between household air pollution and pneumonia in children aged ≤5 years old, as well as the effects of a biomass-fueled cookstove on personal indoor air pollution exposure.

Fuel efficient biomass cookstoves have been shown to potentially reduce CO emissions common in cooking, though quantification is limited by the diverse production of such items.

Mortimer, of the Liverpool School of Tropical Medicine, and team noted that indoor air pollution exposure has been proven to link with increased pediatric pneumonia risk in low- and middle-income countries—but exposure-response data remains limited. The role of biomass-fueled cookstoves in reducing exposure, they added, is also unmeasured.

Participating children were cluster-randomized as part of the biomass-fueled cookstove intervention. Investigators assessed personal exposures to CO over a continuous 48-hour measurement, as well as a transcutaneous carboxyhemoglobin (COHb) measurement six-monthly. Analyses to interpret exposure response and multi-variable factors were conducted.

Investigators concluded the children were exposed to low rates of CO, with no shown association between CI and pneumonia incidence, and no effect of the biomass-fueled cookstove intervention on their initial exposure.

“These findings suggest that CO may not be an appropriate measure of household air pollution exposure in settings like rural Malawi and that there is a need to develop ways to directly measure particulate matter exposures in young children instead,” they wrote.

The study, “Pneumonia and exposure to household air pollution in children under the age of 5 in rural Malawi: findings from the Cooking And Pneumonia Study (CAPS),” was published online in CHEST Journal.
Copyright® ConsultantLive 2019 Intellisphere, LLC. All Rights Reserved.