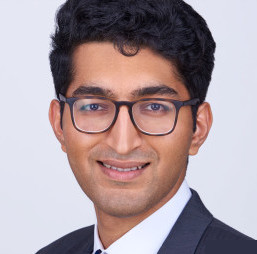 A retrospective analysis presented at the CHEST 2019 Annual Meeting in New Orleans this week showed patients were most likely to be admitted—and even readmitted—to the hospital for COPD exacerbations in the months of January-March (Q1), when compared to all 4 quarters (Qs) of the calendar year.

Chakraborti and colleagues noted current projections of costs due to COPD—which affects 6% of the population—show it increasing to $49 billion annually in the US by 2020.

“Looking toward the future, intelligent redistribution of resources will be needed to continue to meet the needs of patients with COPD in an already overburdened health care system,” Chakraborti said in a statement.

Additionally, patients admitted in Q1 also had the greatest mortality rate compared to each other quarter. Investigators noted the strain of healthcare resources in Q1 was compounded by a greater length of stay compared to the quarters—while total hospitalization costs and charges were comparable among the first 3 quarters.

Michelle Cao, MD, a member of the American College of Chest Physicians Scientific Presentations and Awards Committee and Clinical Associate Professor at Stanford University, California, commented the study calls several questions into action which could help improve morbidity, mortality, and economic burdens due to COPD.

The investigators concluded the greater rate of admissions during the coldest months of the year was also associated with greater mortality rates, and overall burden on healthcare resources.

“Intensification of preventive treatments in the first quarter of the year should impact overall mortality and readmission rates while alleviating some of the strain on health care resources,” Chakraborti said.

The study, “Seasonal Variations in Outcomes and Costs for COPD,” was presented at CHEST 2019.
Copyright® ConsultantLive 2019 Intellisphere, LLC. All Rights Reserved.