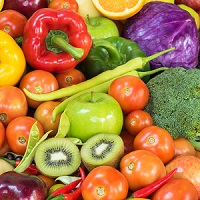 “We conclude that a 4-week diet low in FODMAPs is safe and effective for managing persistent gut symptoms in patients with quiescent IBD,” the authors wrote.

The 52-patient study was conducted at a pair of large gastroenterology clinics in the UK. Each patient was randomly assigned to either a group that followed a diet low in FODMAPs (n=27) or a controlled diet (n+25), with dietary advice, for 4 weeks.

The investigators measured gut symptoms and analyzed health-related quality of life features using validated questionnaires. They also collected stool and blood samples at baseline, as well as at the end of the trial and assessed fecal microbiome composition and function using shotgun metagenomics sequencing and phenotypes of T cells in blood using flow cytometry.

The targeted analysis revealed in stool samples collected at the conclusion of the study that patients on the low FODMAP diet had significantly lower abundance of Bifidobacterium adolescentis, Bifidobacterium longum, and Faecalibacterium prausnitzii than patients on control diet.

On the other hand, microbiome diversity and markers of inflammation did not differ significantly between groups.

“In a trial of the low FODMAP diet vs a control diet in patients with quiescent IBD, we found no significant difference after 4 weeks in change in irritable bowel syndrome severity scores, but significant improvements in specific symptom scores and numbers reporting adequate symptom relief,” the authors wrote. “The low FODMAP diet reduced fecal abundance of microbes believed to regulate the immune response, compared with the control diet, but had no significant effect on markers of inflammation.”

Approximately 35% of patients with IBD experience gut symptoms despite having quiescent disease with minimal objective evidence of gastrointestinal inflammation.

The etiology of the gut symptoms in quiescent IBD is not well-known, but many investigators believe they relate to coexistent irritable bowel syndrome.

The study, “Effects of Low FODMAP Diet on Symptoms, Fecal Microbiome, and Markers of Inflammation in Patients With Quiescent Inflammatory Bowel Disease in a Randomized Trial,” was published online in Gastroenterology.
Copyright® ConsultantLive 2019 Intellisphere, LLC. All Rights Reserved.