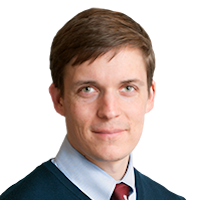 A machine-learning algorithm may help scan electronic health records (EHRs) to estimate the risk of a healthy person receiving a future dementia diagnosis, a team of investigators at Massachusetts General Hospital (MGH) found.

First author Thomas McCoy Jr., MD, from the Center for Quantitative Health at MGH, and his team of investigators developed an algorithm which used machine learning to build a list of clinical terms associated with cognitive symptoms identified by experts.

The investigators then used natural language processing to search EHRs for the terms and develop a cognitive score. The results helped estimate the risk of developing dementia.

The artificial intelligence model found that 2.4% of patients developed dementia over an eight-year follow up period. The finding is exciting, McCoy Jr. said in a statement. The team emphasized that dementia needs to be detected as early as possible to have the best opportunity to improve outcomes.

McCoy and colleagues used the EHR of 2 large academic medical centers for patients at least 18 years old who were hospitalized between 2005–2017. The investigators extracted sociodemographic information, along with administrative diagnostic codes and hospital discharge summary notes.

The primary group in the study was used to examine dementia onset and included patients who did not receive a structured diagnosis of dementia during hospitalization or at any point before the hospitalization in the EHR. In this population, the investigators’ outcome was time-to-receipt of a diagnostic code of dementia at any inpatient or outpatient visit.

The secondary cohort was used to examine mortality and included individuals who received a structured diagnosis. Time-to-death was the outcome measured among patients in this group by combining federal social security registry data and public death certificate data.

The results were similar for the data from the second hospital system and in analysis of patients older and younger than 50 years.

As part of the secondary study, the investigators analyzed the 9872 patients who had a dementia diagnosis before hospitalization to test whether the cognitive symptom score was associated with all-cause mortality as a marker of disease severity and progression. The characteristics of the population resulted in 18,232 patient years of follow-up data.

Overall, the investigation included 535,814 hospitalized without a prevalent diagnosis of dementia and followed for 2,571,793 patient years. The team of investigators found that natural language processing can help measure cognitive symptoms and was associated with risk for subsequent diagnosis.

Those in the highest risk quartile who survived at least 5 years after hospitalization were 7.4-times more likely to be diagnosed than those at the lowest risk and reached a 1% diagnosis incidence 1361 days sooner.