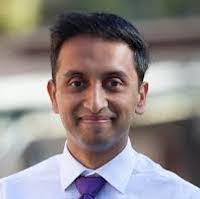 A full diet and lifestyle evaluation could soon become the standard of care for treating certain gastrointestinal disorders.

A team, led by Chamara Basnayake, MD, Department of Gastroenterology, University of Melbourne, compared the outcome of gastroenterologist-only standard care with a multidisciplinary approach for patients with functional gastrointestinal disorders.

A small percentage of patients with functional gastrointestinal disorders generally see an improvement in symptoms after they are provided care by a gastroenterologist. While proven effective, psychological, behavioral, and dietary therapies are not generally provided.

The randomization was stratified by Rome IV disorder and whether referred from gastroenterology or colorectal clinic.

The investigators assessed outcomes at clinical discharge or 9 months following the initial visit.

They also sought primary outcomes of a score of 4 or 5 on a five-point Likert scale assessing global symptom improvement.

The modified intention-to-treat analysis included all patients who attended at least 1 clinical visit and answered the primary outcome question.

In addition, patients in the multidisciplinary-care group were more likely to experience a 50% or higher reduction in all Gastrointestinal Symptom Severity Index symptom clusters than the patients who were in the standard-care group.

There was a 50-point or higher reduction for patients with irritable bowel syndrome in the IBS-SSS in 10 of 26 standard-care patients and 13 of 28 patients in the multidisciplinary-care group (P = 0.017).

For patients with functional dyspepsia, there was a 50% reduction in the Nepean Dyspepsia Index in 3 of 11 patients in the standard-care group and 13 of 28 in the multidisciplinary-care group (P = 0.47).

In addition, the 8 SF-36 scales did not differ between the groups at discharge.

Also, the cost per successful outcome was higher in the standard-care group than the multidisciplinary-care group.