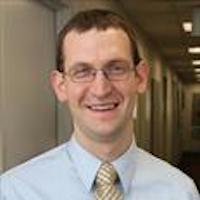 The study, which was presented at the American Heart Association's Hypertension 2019 Scientific Sessions, examined the effect of antihypertensive treatment on orthostatic hypotension in more than 2500 adult patients who had a recent stroke.

"Falls can be devastating in this older population," said lead investigator Stephen Juraschek, MD, PhD, an assistant professor of medicine at Harvard Medical School and an internal medicine physician at Beth Israel Deaconess Medical Center in Boston, Mass. "As a result, there is substantial concern about anything that might increase their fall risk. However, our study provides strong evidence that intense blood pressure treatment does not induce orthostatic hypotension or its symptoms."

To assess the effect of systolic blood pressure goal on orthostatic hypertension, investigators examined the Secondary Prevention of Small Subcortical Strokes - Blood Pressure (SPS3-BP), which was an open label, randomized trial. All adults included in the study had suffered a suffered a stroke within the prior 6 months and were assigned to systolic blood pressure goal of either 130 to 149 mmHg or less than 130 mmHg.

During the study’s follow-up period, all participants underwent blood pressure measurement 3 times in a seated position and once more after 2 minutes of standing. Patients were asked about dizziness and lightheadedness in the process of standing up.

This study, “The Effects of a Lower Blood Pressure Treatment Goal on Orthostatic Hypotension in Adults With Recent Stroke,” was presented at the American Heart Association’s Hypertension 2019 Scientific Sessions.
Copyright® ConsultantLive 2019 Intellisphere, LLC. All Rights Reserved.