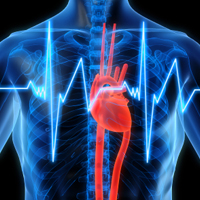 New research is shedding light on the long-term impact of residual shunt after a patent foramen oval (PFO) closure on incidence of recurrent stroke.

Results of the prospective cohort study, which included more than 1000 patients, indicated presence of a PFO closure was associated with 3 times greater risk of experiencing a recurrent stroke or transient ischemic attack (TIA).

Present in up to 25% of patients after PFO closure, investigators from Massachusetts General Hospital and Harvard Medical School designed the current study to assess potential associations of residual PFO closure with incidence of recurrent stroke or TIA. Using data from consecutive patients admitted to Massachusetts General Hospital between January 1995 and November 2017.

The primary endpoint of the investigators' analysis was a composite of first recurrent ischemic stroke or TIA after PFO closure. Investigators determined the etiology or cause of stroke through evaluation by 2 independent vascular neurologists using TOAST criteria—this pair of neurologists were blinded to shunt status and not involved in the analysis of data.

In total, investigators identified 1078 patients for inclusion in the study. The mean age of the population was 49.3 (13.7) years and had a mean follow-up duration of 3.7 years. Of note, individuals were followed for up to 11 years and a total of 3988 patient-years were included in the analysis.

Investigators pointed out effective closure, defined as a no or small residual shunt was achieved in 91.4% of the patient population. No shunt was observed in 835 (77.5%). Of the 243 patients with residual shunt, 150 patients were classified as having a small shunt, and 93 had a moderate or large shunt.

Even after adjustment for factors including age, study period, device, presence of hypertension, hyperlipidemia, diabetes, and other potential covariates, results still indicated a 3-fold increase in risk of recurrent stroke or TIA (HR, 3.01; 95% CI, 1.59-5.69; P <.001).