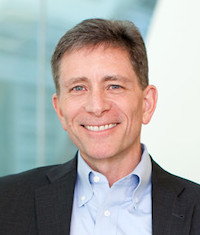 During the first 16 weeks of the trial, patients received either placebo or 30 mg of apremilast twice daily. All patients then received the treatment during an open-label extension phase through week 32.

The investigators found that 30 mg of treatment twice daily could achieve statistically significant improvement when compared to placebo.

Overall, patients met the primary endpoint of the static Physician's Global Assessment (sPGA) response (defined as an sPGA score of clear (0) or almost clear (1) with at least a 2-point reduction from baseline) at week 16.

Each of these secondary endpoints were statistically significant for the treatment effect of apremilast compared to placebo.

There were some adverse events observed in the trial, which were consistent with the known safety profile of apremilast and occurred in at least 5% of patients in either treatment arm of the study.

“Many patients with mild-to-moderate plaque psoriasis who use topical therapies still have challenges managing their psoriasis," David M. Reese, MD, executive vice president of Research and Development at Amgen, said in a statement. "We look forward to discussions with the FDA about the potential to bring Otezla, which has already been prescribed to hundreds of thousands of patients with moderate-to-severe psoriasis, to more patients who may need additional therapeutic options."

Since it was initially approved in 2014, the treatment has been prescribed to more than 250,000 patients with moderate-to-severe plaque psoriasis or active psoriatic arthritis in the US.

However, the specific mechanisms the apremilast exerts its therapeutic action in patients is not yet well-defined.
Copyright® ConsultantLive 2019 Intellisphere, LLC. All Rights Reserved.