Type 2, But Not Prediabetes Linked to Cognitive Decline in Stroke Patients 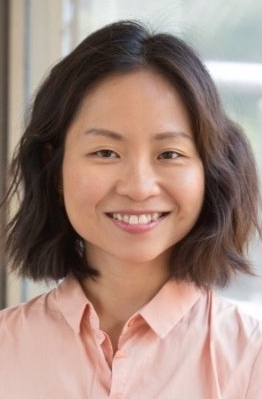 Results of an analysis of 7 international studies containing more than 1600 stroke patients is offering clinicians new insight into the impact of type 2 diabetes on short term cognitive outcomes following a stroke.

Data from the analysis indicated stroke patients with a history of T2D, but not those with prediabetes, had worse cognitive performance 3-6 months after a stroke than those with normal fasting glucose levels.

“The deficits we found in all areas of cognitive function highlight the importance of assessing the capacity for self-care in patients with Type 2 diabetes following a stroke,” said lead investigator Jess Lo, MSc, research associate at UNSW Sydney’s Centre for Healthy Brain Ageing, in Kensington, Australia, in a statement from the American Heart Association. “We need to ensure that stroke survivors have the mental competency to manage the complex and intertwined tasks to effectively treat Type 2 diabetes.”

To build on previous research suggesting stroke patients with a history of T2D had worse cognitive function than those without, Loc and a team of colleagues sought to determine if this association was present among those with prediabetes. With this in mind, investigators designed the current study using data from STROKOG (stroke and cognition consortium), which contained information related to 21 published studies examining stroke epidemiology and outcomes in more than 12,000 individuals.

For the purpose of the analysis, investigators included a group of 7 studies that examined patients with stroke consecutively admitted to hospitals and administered neuropsychological tests at each study center 3-6 months after a stroke. All studies included had data related to fasting glucose levels and 4 had data related to HbA1c levels.

Individuals in the analysis were categorized into 1 of 3 groups according to glucose status. These groups were defined according to World Health Organization criteria—fasting glucose of 7 mmol/L or more (T2D), 6.1-6.9 mmol/L (impaired fasting glucose), and less than 6.1 mmol/L (normal). Cognitive function was calculated as a global cognition score calculated as the average of 5 domains—attention, memory, language, perceptual motor, and executive function.

Of note, 36% of individuals included in the analysis were classified as having T2D, 12% as having impaired fasting glucose, and 52% as normal.

Similarly to previous research, results of the adjusted analysis indicated patients with type 2 diabetes had significantly lower global cognition scores (SD, -0.59; 95% CI, -0.82 to -0.36; P <.001)—with the greatest deficits noted in attention (SD, -0.54), perceptual motor (SD, -0.39), and executive function (SD, -0.36) domains, respectively. However, there were no significant differences in cognitive function observed between patients with impaired fasting glucose and normal patients.

“Since our study shows no evidence that prediabetes is associated with worse cognitive performance, this emphasizes the importance of the early diagnosis and treatment of prediabetes (which is often under-diagnosed) in order to delay or prevent the progression to Type 2 diabetes,“ Lo continued, in the aforementioned statement.

This study, “Association of Prediabetes and Type 2 Diabetes With Cognitive Function After Stroke: A STROKOG Collaboration Study,” is published in Stroke.
Copyright® ConsultantLive 2019 Intellisphere, LLC. All Rights Reserved.