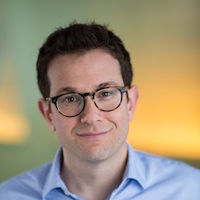 Recent study findings from Johns Hopkins showed that older adults with depression were at a higher risk of remaining depressed if they experienced persistent or worsening sleep problems.

Senior study author Adam Spira, PhD, and colleagues from Johns Hopkins Bloomberg School of Public Health analyzed data from nearly 600 older adults who visited primary care centers in the Northeast US to determine the association between sleep difficulties and outcomes of depression and suicidal ideation. The team found that adults >60 years old who had a pattern of worsening insomnia symptoms over the following year had almost 30-times the odds of having a major depression diagnosis at the end of the year compared to those who had improving sleep.

The findings suggested that for older adults with depression, insomnia symptoms offered an important clue to their risks for continued depression and suicidal ideation, Spira, a professor in the Department of Mental Health at the Bloomberg School, said in a statement.

Spira and colleagues conducted the study in 20 primary care locations from May 1999 to August 2001. To be eligible, participants were >60 years old, community dwelling, English speaking, and attended a scheduled visit with a primary care physician.

All patients who have oral consent were screened for depressive symptoms with the Centers for Epidemiologic Studies Depression scale. Those who scored above 20 as well as a random 5% sample with lower scores were invited.

To measure sleep, the investigators used sleep-specific items from the 24-item version of the Hamilton Rating Scale for Depression. The test was administered at baseline, 4 months, 8 months, and 12 months.

Depression was diagnosed at baseline and 12 months by a trained research assistant using the Structured Clinical Interview for Axis I DSM-IV Diagnoses. A primary outcome was remission, which was defined as a Hamilton Depression Rating Scale score <10 at 12 months.

For suicidal ideation, the team used the Scale for Suicidal Ideation which measured the presence and intensity of it. The scale reflected a patient’s lack of desire to live, desire to live, and the belief that reasons for dying outweighed reasons for living.

The overall sample of patients included 599 depressed individuals—66.1% met the criteria for major depression while 33.9% had clinically significant minor depression. The mean age of the patients was 70.3 years old and a majority (71.6%) were women.