An investigation presented at the American Academy of Allergy, Asthma & Immunology Annual Meeting (AAAAI) 2022 on atopic dermatitis found that Black and White children had distinct allergic trajectories that were defined by different longitudinal endotypes.

Investigators noted that the study of the atopic march had largely been limited to White populations that biased current paradigms.

As such, a team of investigators led by Jocelyn Biagini, PhD, Cincinnati Children’s Hospital Medical Center, defined the atopic march in Black and White children and explored mechanisms of racial differences.

“The observed racial differences are likely due, in part, to increased genetic heritability for asthma risk and harmful environmental exposures in Black children,” the team wrote. “Our findings provide a new atopic march paradigm that is inclusive of Black children.” 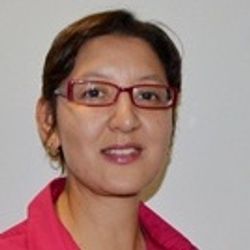