The US Food and Drug Administration (FDA) has approved risankizumab-rzaa (SKYRIZI) for the treatment of adults with active psoriatic arthritis (PsA).

The inflammatory pathway interleukin 23 (IL-23) inhibitor from AbbVie and Boehringer Ingelheim was previously approved in April 2019 for the treatment of adults with moderate to severe plaque psoriasis, and is currently being assessed for further inflammatory-driven disease care indications; phase 3 assessment of risankizumab for psoriasis, Crohn’s disease, ulcerative colitis and PsA are ongoing.

This newest indication for risankizumab-rzaa was supported by findings from the pivotal KEEPsAKE-1 and KEEPsAKE-2 trials, a pair of phase 3 studies assessing the efficacy and safety of the therapy in adults with PsA as well as those who had responded inadequately or with intolerance to biologic therapy and/or disease-modifying antirheumatic drugs (DMARDs).

The primary endpoint sought by KEEPsAKE investigators was ACR20 response at week 24.

In key secondary endpoints, more patients on risankizumab demonstrated significant improvements in skin clearance, physical function, and minimal disease activity. The safety profile of the inhibitor was noted to be generally consistent with safety findings in previous studies of psoriasis. As such, serious adverse events occurred in 2.5% of risankizumab patients in KEEPsAKE-1 and 4.0% in KEEPsAKE-2—versus 3.7% and 5.5% on placebo, respectively.

"This approval provides both dermatologists and rheumatologists with an option that helps improve skin and joint symptoms in patients with active psoriatic arthritis, alongside a quarterly dosing schedule that may fit their patients' lifestyle,” Kivitz wrote.

Thomas Hudson, MD, senior vice president of Research and Development and chief scientific officer of AbbVie, emphasized the benefit of a cross-indicated biologic approved for patients with potentially both plaque psoriasis and PsA.

"Patients often do not suspect a connection between their psoriasis skin symptoms and the joint pain, swelling and stiffness they may be experiencing, potentially leading to a delay in diagnosis and treatment of psoriatic arthritis," Hudson said in a statement. "We're proud to expand the use of SKYRIZI to patients with psoriatic arthritis who are living with the debilitating combination of skin and joint symptoms." 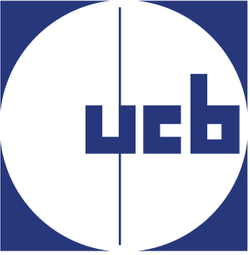 Gut Microbiota Dybiosis May Be Linked to Rheumatic Disease
x