Fewer than 2% of all patients hospitalized with pneumonia in 2014 received the vaccination.

is associated with a reduced risk of hospital readmission for pneumonia, according to a new study from Mount Sinai.

In new data presented at the CHEST 2019 Annual Meeting in New Orleans, a team of investigators led by Kam Sing Ho, MD, from Mount Sinai St. Luke’s and Mount Sinai West, found that nearly 12% of patients admitted with community-acquired pneumonia (CAP) were re-admitted within 30 days—nearly all of their reasons being for pneumonia, again.

In order to determine an association between in-hospital influenza vaccination on 30-day readmission, morbidity, mortality, and healthcare resource among hospitalized patients with CAP, the team conducted a retrospective study including the AHRQ-HCUP Nationwide Readmission Database from 2014.

Ho and colleagues identified 825,906 hospital admissions in which the primary diagnosis was CAP. Of those, just 1.91% (n = 14,047) resulted in an in-hospital flu vaccination. In 1:1 pairing of CAP patients with and without flu vaccination, investigators reported an overall 30-day readmission rate of 11.9%—with pneumonia constituting the cause of hospitalization in 98.1% of the cases.

In the 2009-2010 flu season, the H1N1 pandemic emphasized a greater burden of secondary infections driven by pneumonia, Ho and colleagues noted. Influenza and pneumococcal disease co-occurrence has been well established, and currently accounts for nearly half of all seasonal flu deaths in the US.

“Although the beneficial effects of flu vaccine are well described, this is regarded as a primary care driven service,” investigators wrote. “Only 1.91% of patients received it during their index admission for CAP, which indicates and underutilized service with significant implications on hospital readmission and mortality.” 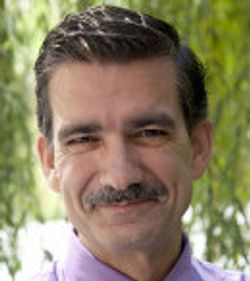