A gastroenterologist summarizes foundational trials that led to the use of fecal microbial transplant for treatment of rCDI.

Paul Feuerstadt, MD: The focus of this discussion will be on fecal microbiota transplantation and microbiota-based live biotherapeutics. The microbiota is dysbiotic in patients who have Clostridioides difficile [C diff], meaning there are deficiencies. Those deficiencies lead to initial infection, as well as recurrent infection. Without further intervention, those deficiencies need to be regrown or resupplemented by foods and by patients themselves. Unfortunately, that results in 25% to 35% of patients initially recurring with C diff, 40% to 50% having a recurrence beyond the first recurrence, and up to 60% being recurrent beyond the second recurrence. What we’re seeing here is that the microbiota has a hard time reproducing and a hard time filling in those cracks. What can we do? We can supplement that microbiota from an outside source, or perform a fecal microbiota transplantation.

What are the data for fecal microbiota transplantation? There have been several pivotal trials over the last decade, and I call it the “ark of efficacy.” Starting in 2013, the first prospective, randomized controlled trial considering patients with recurrent C diff who received a fecal transplant was published in the New England Journal of Medicine by [Els] van Nood, MD, and colleagues. Within this trial, patients with recurrent C diff were randomized to either receive vancomycin followed by a nasal enteric transplant, compared with vancomycin and bowel lavage, or vancomycin alone. In fact, this study was stopped at interim analysis due to futility of the vancomycin arms. Efficacy in the fecal transplant arm was 81.3% versus 23.1% in the vancomycin and bowel lavage, and 30.8% in the vancomycin alone. What was most important about this study was firstly, that the fecal transplant seemed to work well, but that they did a microbiota analysis. They looked at the microbiota in the donors pretransplant, in the recipients pretransplant, and finally, in the recipients post-transplant. They showed that after the nasal enteric transplants, the diversity of the microbiota, the deficiencies or the dysbiosis seen in the microbiota, were properly supplemented through a nasal enteric transplant. We theorized that by performing a transplant, we would fill in those cracks, and that’s what was seen.

Following this, there was a whole slurry of different studies looking at fecal transplant in patients with recurrent C diff infection. Quite a few of them were case series. Some of them were prospective, peaking in 2017 with a meta-analysis by Mohammed Quraishi, MD, and colleagues. Within that meta-analysis, they looked at 7 prospective trials and 30 retrospective cases series. They found an overall efficacy for fecal transplant in patients with recurrent C diff of 92%. We were super excited; we thought that we were potentially going to be curing patients of this recurrent disease. Unfortunately, with better structured studies, we learned that the efficacy was still excellent, but it wasn’t quite the efficacy of 92%.

A nice meta-analysis was published in 2019 that looked at this by Darrell S. Pardi, MD; Sahil Khanna, MBBS, MS; and Raseen Tariq, MD. Within their meta-analysis of 13 studies and 625 total patients, they only included studies that had a control group. This is a basic premise for clinical trials, but in the fecal transplant world, it was something that was a bit of a leap compared to the 2017 Quraishi meta-analysis. Within this updated meta-analysis that included only trials with a control group, the overall efficacy for fecal transplant in patients with recurrent C diff was 76.1%. So not quite that 92%, but still really good. However, when they drilled deeper and looked at open-label trials, open-label trials had an efficacy of 82.7%. Randomized controlled trials had 67.7%, which is still is excellent, but again, not quite that 92% that we were looking at previously. The 67.7% is largely a target for what we’re going to see broadly, if and when fecal microbiota transplantation gets more adaptable to the general population, and the general clinical population is able to use this.

Now, these foundational trials were incredibly important and gave us a lot of insight into the ability for fecal transplant to shut down this burdensome cycle of recurrence. However, these studies weren’t perfect either. There was heterogeneity in the efficacy analysis and in the safety analysis. Most importantly, there was heterogeneity with regard to the treatment itself. A fecal transplant in San Diego might be different than one in New Haven; it might be different than one in Seattle, and it might be different than one in Miami. Why? Because the donor screening processes were different. The processing of the actual samples was different. Finally, the administrative techniques were different. Heterogeneity was classified and characterized by…et al in a publication that pivoted our thoughts around this, saying that fecal transplant following a standard of care antimicrobial can certainly work, but we need to have a more codified structure in the data analyses for these and more predictable products. This means consistent products, safety analysis, efficacy analysis, but most important, consistent donor screening, processing, and finally, consistent administration. 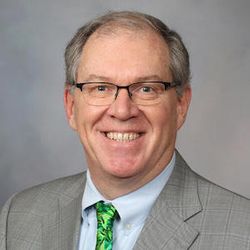