How Will COVID-19 Change Pediatric Care?

A new paper highlights the means by which child healthcare, a "human science," will rebound from the pandemic.

Timely vaccinations and routine infant examinations are among the most severely affected facets of pediatric care due to the coronavirus 2019 (COVID-19) pandemic, according to a new perspective paper.

While almost every iteration of healthcare has reverted to remote or virtual practice in the last 3 months, few liken to pediatrics—a field in which patients are at a notably lessened risk of both SARS-CoV-2 viral infection and severity of disease.

That said, the drastic alteration to practicing medicine since March has influenced healthcare for children nonetheless.

An international team of investigators—led by Eli Somekh, MD, of the Jeffrey Modell Foundation Center and Edmond and Lil Safra Children’s Hospital at the Sheba Medical Center in Tel Aviv—sought to raise awareness about the “likely need to remodel routine pediatric practice,” in both hospital and ambulatory settings due to COVID-19.

Despite the breadth and reach of the viral pandemic affecting millions of individuals worldwide, just <2% of all reported cases have occurred in patients 18 years old and younger, Somekh and colleagues wrote. Even fewer were the rate of cases among children <10 years old (1%).

In incidences of infection, a majority (51%) of children had mild illness, according to a China-based large prospective cohort. Another 39% suffered from moderate illness, and 4% were asymptomatic. Just 6% were critically ill, compared to 18.5% of adults in the same assessment.

“However, recent reports do indicate the potential for severe disease in children, and emphasize that children with severe symptoms usually belong to the most vulnerable age group including infants who had higher hospitalization rates and intensive care,” investigators wrote.

Preventive public health regulations has led to the significant reduction of hospitalizations and emergency room visits for both urgent and non-urgent care—some hospitals reporting a decline of more than 70% of all admissions. In pediatric wards, both admissions and length of hospitalizations have decreased in similar severity.

In outpatient care, hospital services are largely closed. Pediatric services, and relevant caregivers, among hospitals have been reorganized and reprioritized to cross-age COVID-19 response.

“Taken together, these factors may have contributed to the dramatic decline in direct pediatrician—patient encounters, and the rise in telephonic and virtual consultations,” Somekh and colleagues wrote. “Pediatric care has rapidly turned from direct to a predominant virtual care practice, and pediatricians seem to have adapted to it, most likely including those that in the past may have objected to virtual assisted care.”

Among the other reduced or neglected pediatric practices have included:

Though some of these changes are considered alarming by clinicians, the investigators noted many of these practices are likely to remain beyond the pandemic’s end. They reported ongoing discussions across Europe and the US on the recent effectiveness of telemedicine during the early months of COVID-19.

“Public health services throughout Europe are also considering implementing this practice into national programs, due to its cost effectiveness and efficiency to provide timely childcare in a less time consuming manner than traditional in person-practice,” they wrote.

That said, concerns regarding whether this provision could be a primary resource for future pediatric care remain. Objections pertain to the particular “human science” of pediatrics: a major part of healing younger patients is within the direct encounter of the child, their parents/guardians, and the physician.

“Failure to create such conditions could result in less effective clinical evaluation, which could lead to critical mistakes and to a decline in compliance with the physician's advice and recommendations,” they wrote.

As such, they advised that telemedicine be adopted only adjunctively to conventional healthcare, not as a major resource, in pediatric care. Protocols and guidance in development for virtual healthcare practice will better alleviate issues of ethics and legal implications, but it’s on physicians to be prepared to understand the benefits and burdens of telemedicine—especially as it’s currently working.

“Changes in pediatric practice driven by the COVID-19 pandemic are likely among the causes of delayed identification of serious illnesses, the failure to provide routine care for chronic conditions including mental and behavioral problems triggered during this period, and the re-emergence of disorders due to uncompleted neonatal screening tests,” Somekh and colleagues wrote. “Only time and future studies will show the real extent of collateral damages that have occurred due to the pandemic.”

The paper, “Changes in Routine Pediatric Practice in Light of COVID-19,” was published online in The Journal of Pediatrics. 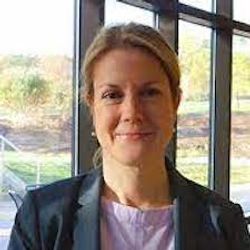