Ketamine Use for Pain Not Associated With Hepatotoxicity, Adverse Drug Events

A new study has found use of ketamine for treatment of acute or chronic pain does not increase risk for hepatotoxicity or other adverse drug events, as some previous research has suggested.

New research from the 18th Annual Pain Medicine Meeting is offering clinicians additional guidance on the impact of ketamine and whether or not it increases adverse events.

Conducted by investigators form Thomas Jefferson University Hospital and the University of Virginia(UVA), results of their study revealed reported infusions of ketamine treatments for migraines and pain did not increase a patient’s risk for hepatotoxicity or psychomimetic adverse drug events (ADEs).

While ketamine, which has recently grabbed headlines for its potential in other areas, is a common and effective treatment for acute and chronic pain conditions, some previous research has indicated its use can lead to an increase in hepatotoxicity and ADEs. In an effort to evaluate the impact of ketamine, investigators designed a multicenter cohort study using patients admitted to Thomas Jefferson University Hospital and UVA Pain Management Center from 2014 through 2018.

For the present analyses, investigators collected demographics, past medical history, medications, presence of ADEs, liver functions tests during admissions, and maximum ketamine rate per kg of total body weight during admission. Patients with multiple admissions had their first admission grouped separately from repeat admissions and both admission were used in subsequent analyses. Investigators also pointed out differences between single- and multiple-admission patients were analyzed with independent t test, Pearson chi square test, or Fisher exact test—with significance defined as P<0.05.

During the study period a total of 114 patients, 53 of which were from Thomas Jefferson University Hospital and 61 from UVA, were identified by investigators. Of the participants from Thomas Jefferson University Hospital, the mean age was 42 years old, mean weight was 92.3 kg, and 43 of the 53 participants were female. In the UVA group, the mean age was 47, mean weight was 83.7 kg, and females represented 42 of the 61 participants.

Overall, the mean age of the study population was 46 years and 85 of the participants were female. Minimum time spent between ketamine infusion during the study was 8 weeks and the mean time between first and second infusions was 152 days.

Additionally, no association were observed between the presence of hallucinations (P=0.922) and vivid dreams (P=0.285) and admission status. Investigators pointed out this who underwent repeated infusion had a lower incidence of nausea and vomiting than those undergoing a single admission. Patients who underwent repeated infusion also reported less sedation than patients with single admissions (P=0.021).

While results of their analyses did not point to increased hepatotoxicity or ADEs, investigators wrote the level of patients with elevated baseline liver function tests warrants baseline and additional testing to monitor for toxicity.

This study, “A Multicenter Retrospective Study of Adverse Effects from Ketamine for Refractory Headache and CRPS,” was presented at the 18th Annual Pain Medicine Meeting in New Orleans, LA. 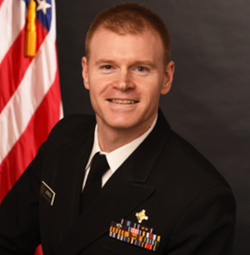 Overdose Death Rates Before and After Take-Home Methadone Policy