Manesh Patel, MD:We’ve talked about the usual things you’re supposed to do. We’ve talked about the VOYAGER and COMPASS trials and the powerful data. I said to people before those 2 trials, “Here’s the slide of stuff that prevents amputation.” There’s not much on there. We want to have things to avoid amputation; we thought it would be ticagrelor, but it was at least this regimen. Vorapaxar has data that helps with PAD [peripheral artery disease], amputation, and some of that subgroup, but it’s not used as much. What about revascularization vs endovascular vs surgery? This year will be a big year. BEST-CLI, an NIH [National Institutes of Health]–funded trial, will come to fruition. I know Dr [Michael] Conte and others have been working hard on this. We hope they’ll present it at the American Heart Association [Scientific Sessions] in the fall and that the trial will be done by then. What do you think about that, Amr? It’s an important question.

Amr Abbas, MD:It is. Once we have more data, we’ll look a lot smarter when it’s available. I try to think of surgery and endovascular as complementary. I don’t look at them as 1 or the other. Another important thing to consider is the guidelines. They emphasize local expertise and experience. If somebody like Manesh doing your aortoiliac, kissing stents, that’s OK. But if you don’t have somebody like that, and these patients are truly symptomatic and might have some degree of CLI [critical limb ischemia], they are who you want to help. BEST-CLI tells us a lot about what we do specifically in the critical ischemia population. These populations, as Manesh alluded to earlier, are equivalent to our patients with unstable angina, ACS [acute coronary syndrome]. It will be very valuable to see whether there will be a certain vascular bed that responds best to surgery vs endovascular. Is there a certain age, racial, or gender group that responds best to 1 vs the other? Women have smaller blood vessels and don’t respond well to stent therapy in the SFA [superficial femoral artery]. In general they tend to revascularize or develop chronic to acute symptoms faster. There are many questions that these studies can give us, rather than surgery or stents. That’s how I look at it. 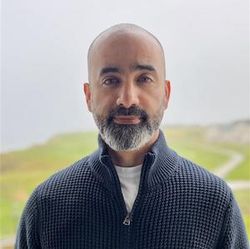 Gout Isn’t a Punchline. It’s Time to Stop Treating it Like One.