RedHill Biopharma Ltd. has received FDA approval for RHB-105 (Talicia) for the treatment of Helicobacter pylori in adults.

The US Food and Drug Administration (FDA) has granted approval of RHB-105 (Talicia) for the treatment of Helicobacter pylori(H pylori) in adults to RedHill Biopharma Ltd.

H pylori, which affects approximately 35% of the United States adult population and is classified as a group 1 carcinogen, is the strongest risk factor for the development of peptic ulcer disease, gastritis, and non-cardia gastric cancer.

RHB-105 is a 3-drug combination of omeprazole, a proton pump inhibitor, amoxicillin, a penicillin-class antibacterial, and rifabutin, a rifamycin antibacterial&shy;&shy;, and is a novel, fixed-dose, all-in-one delayed-release capsule 10 mg/250 mg/12.5 mg.

The approval was granted based on the results of 2 phase 3 studies in adults with H pylori, who suffered epigastric pain or discomfort. The confirmatory phase 3 study demonstrated 84% eradication of H pylori in participants treated with RHB-105, compared to 58% in the active competitor arm(P<0.0001).

Further analysis demonstrated participants with measurable blood levels of the drug at day 13 had response rates of 90.3% in the RHB-105 arm compared to 64.7% in the active comparator arm. Additionally, no resistance to rifabutin was detected in the study.

Eradication of H pylori is becoming increasingly difficult with current standard-of-care therapies failing in approximately 25-40% of patients who remain H pylori-positive due to growing to clarithromycin and metronidazole. Clarithromycin-resistant H pylori was formally categorized by the World Health Organization (WHO) as a pathogen for which there is a high priority need to develop new treatments.

According to RedHill Biopharma, RHB-105 is the only rifabutin-based therapy approved to treat H pylori and was developed to address the bacteria’s resistance to current clarithromycin-based standard-of-care therapies. It is estimated that H pylori resistance to clarithromycin more than doubled between 2009-2013. In order to reduce further drug-resistance development, RHB-105 should only be used to treat infections that are proven or strongly suspected to be caused by bacteria.

In an interview at ACG 2019, David Y. Graham, MD, MACG, professor of medicine and gastroenterology at the Baylor College of Medicine, discussed how this agent would fit into current treatment algorithms.

“There was opportunity, (and we) needed something that was new and this is an option because there's no resistance yet to rifabutin and very low resistance to amoxicillin,” he said. “There’s only 1 approved drug right now that works (for H pylori eradication)…(so) the key was to work out a combination that worked, and they came up with a combination that's all-in-one and convenient…(This approval would provide) another therapy that does work [and] is very well-tolerated.”

Graham also explained how the current treatment regimens have bred resistance and how RHB-105 could potentially solve that problem.

“The resistance comes because of misuse of the antibiotic…People don’t use rifabutin. It’s used for drug-resistant tuberculosis long-term; very few people get it,” he said. “Unless they start abusing it, resistance should stay very, very low.”

The company plans to launch RHB-105 in the first quarter of 2020 in the United States and hopes to target more than 2 million patients treated for H pylori annually. RHB-105 is eligible for a total of 8 years of United States market exclusivity under its Qualified Infectious Disease Product designation, in addition to patent protection extending until at least 2034. 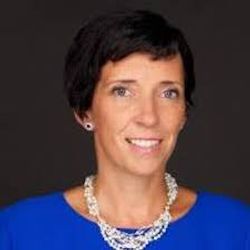 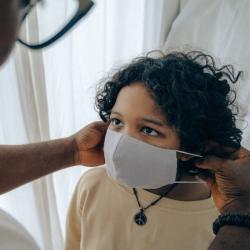