Yehuda Handelsman, MD: Let’s look at guidelines. There are many guidelines, there is the American College of Cardiology [ACC]’s guideline 2013 and then 2018; the American Diabetes Association has a standard of care every year; the American Association of Clinical Endocrinology [AACE], Paul and I were involved in that, have guidelines out there almost every year until a couple of years ago. There is the European Society of Cardiology. Tell me, how do you utilize any of those guidelines, and which ones? Which one do you use, and how do you use it? Let’s start with you, Erin.

Erin D. Michos, MD, MHS: As a cardiologist, I tend to use the ACC/AHA [American Heart Association], which I was involved with some of those guidelines. It is an important point that cardiometabolic disease affects the whole person, it affects the brain, heart, kidney, and liver. So guidelines shouldn’t be held by one specialty, because we have drugs for prevention, that affect multiple organ systems. You had the vision to lead the DCRM [Diabetes Cardiorenal & Metabolism Institute Task Force], which is an multidisciplinary society of individuals from endocrinology, cardiology, nephrology, primary care, and psychiatry, everybody together, because we are trying to treat the whole person and come to some kind of uniform consensus around the best practice.

Yehuda Handelsman, MD: Matt, are you using any of those guidelines? Are you following them?

Matthew J. Budoff, MD: As Erin mentioned, these new Diabetes Cardiorenal & Metabolism guidelines, these DCRM guidelines, because they are multimodality, multispecialty, helped me incorporate things like EGFR [estimated glomerular filtration rate] into my global risk assessment, and things like hemoglobin A1C [glycated hemoglobin], ensuring that we’re thinking beyond just LDL [low-density lipoprotein]. We’ve been hyperfocused on just LDL as our only guideline in the past as cardiologists, and we must think about going beyond that.

Yehuda Handelsman, MD: Paul, you have been involved in different guidelines, and you’ve been looking at lower LDL and a lower goal, do you want to touch upon that and how to use it in your practice?

Paul S. Jellinger, MD, MACE: I use the AACE guidelines closely, having been so involved with Yehuda. That was the first guideline to go well below the LDL of less than 70 mg/dL concept, to less than 55 mg/dL in extreme risk patients. The Europeans, a year or two later, took that less than 55 mg/dL and maintained it for what they call very high risk, AACE called it an extreme risk, and they went to less than 40 mg/dL in some patients who’ve had recurrent events. All the guidelines are more similar than they are different, and it doesn’t really matter which one you follow. The AACE guideline is proscriptive, it tells you what a nice target goal is and who should be in each category, it’s very easy and very clear. The ACC/AHA guidelines have thresholds at which you should consider adding another therapy. It’s not as proscriptive, but it’s same concept, the lower the better. I don’t think it matters which one you’ll follow, as long as you follow it closely. I am a believer in the lower the better. I like to take the easier track that tells me where this patient fits in, what my goal should be, and how we’re going to get there, which I think both the Europeans and the AACE will tell you.

Yehuda Handelsman, MD: I agree. One of the issues that we have today is that even though we like lower goals, less than 30% of patients are reaching those goals. Implementing guidelines has not been done well in society in the larger group, in some patients maybe, but not in everybody.

Matthew J. Budoff, MD: Part of the problem has been that we’ve thought about lipid lowering as put them on a statin and walk away, which was the disaster 2013 guidelines from ACC/AHA, and that concept is so silly. If I told you that you have a patient with hypertension, and their blood pressure is 170, but they’re already on a maximum dose ACE [angiotensin-converting enzyme] inhibitor, so just leave them alone, you’d say that’s malpractice. But now we’re supposed to say, they’re on a maximum dose statin and their LDL is too high, just leave them alone. It doesn’t make any sense. We must approach cholesterol like we approach blood pressure or diabetes.

Matthew J. Budoff, MD: We’re going to need polypharmacy sometimes, not in everybody, and we need to be able to use these additional tools. 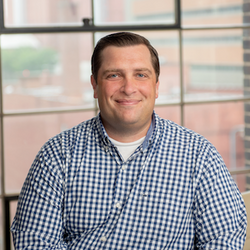