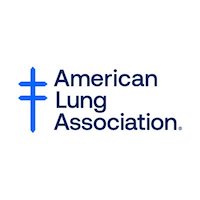 In fact, nearly 5 in 10 people—or 150 million Americans—live in a county with unhealthy ozone or particle pollution.

The “State of the Air” 2020 report highlights 14 counties in particular that failed all 3 pollution measures, representing more than 20.8 million people—6.4% of the US population.

California is home of the worst counties in the country, with Los Angeles ranking the worst ozone pollution in this year’s report, which it has for 20 of the 21 years the report existed. Bakersfield, California is the most polluted county for particle pollution and short-term pollution.

Trends of the report reveal that 2016-2018 represent 3 years ranked among the 5 hottest in history, which shows evidence that climate change is making it even harder to protect human health. Hotter days mean an increase in high ozone days and widespread wildfires. Warmer temperatures make it more likely for ozone to form and harder to clean up.

While Los Angeles is still at the top of the most polluted cities for ozone, 13 other cities among the 25 with the worst ozone pollution had a higher weighted average of unhealthy days from 2016-2018. The list includes some of the largest metropolitan areas in the US, such as Phoenix; Las Vegas; Denver; Salt Lake City; Chicago; and Milwaukee.

Only 11 of the cities on the 25 worst ozone pollution list had fewer unhealthy ozone days on average during the three-year period, including San Jose-San Francisco-Oakland, New York-Newark, and San Diego.

A majority of the cities with the worst ozone pollution are located west of the Mississippi River, with only 7 located east of it. Such cities include the New York City metro area. Fairfield County, Connecticut is the county with the highest ozone in the eastern half of the US, while California has 10 of the 25 most polluted cities in the country. Cities in the Southwest make up 8 of the highest ozone areas, including 3 in Texas.

Among the year-round particle pollution cities, 13 of the 26 most polluted cities in the US saw increased particle levels, 11 cities improved, 1 was not included in the 2019 report, and 1 maintained the same levels as 2019. Some cities (9) had their lowest ever annual particle levels but were still among the most polluted.

Bakersfield, California is the most polluted city, while Fresno is the second most.

As with ozone pollution, a majority of the cities with the worst year-round particle pollution are on the western side of the country, with 15 cities in the West making the list. Again, California has 6 of the 10 most polluted counties, including each of the worst 5 and 6 of the 9 that did not achieve the national standard.

The ALA suggests that western wildfires contribute to some of the elevated annual averages in cities in California and the Pacific Northwest.

Particle pollution has many short-term risks, even if inhaled over a few hours or days during year-round low averages.

Bakersfield, California is the city most polluted by spikes in particle pollution. The city is ranked first on the list in all but 2 years since the report started covering such data.

Wildfires are the reason that 20 of the 26 most polluted cities had more days on average in the 2019 report.

There are 8 cities on the 2020 report with their highest-ever weighted average number of days with spikes in particle levels, including Fairbanks, Arkansas; Santa Maria-Santa Barbara, California; and Yakima, Washington.

For context, before the 2020 report, Santa Maria-Santa Barbara, California was on the list of the cleanest cities for short-term particle matter for the last 6 years.

Six of the cities on the most polluted list improved and had fewer unhealthy air days on average than in the 2018 report.

Along with wildfires, wood stove use, older diesel vehicles and equipment, and industrial sources add to particle pollution.

Who Is At Risk?

There are too many people in the US who live in an area where the air is too unhealthy for them to breathe.

People are at greater risk if they are older or younger; have asthma, chronic lung disease, or cardiovascular disease; if they have ever smoked; if they belong to communities of color or have low socioeconomic status.

For patients with asthma, there are 2.5 million children and 10.6 million adults who live in a city with >1 pollutant. Among those with chronic obstructive pulmonary disease (COPD) are nearly 7 million people in an unhealthy county.