Nearly 40% of Adults Suffer From a Functional Gastrointestinal Disorder 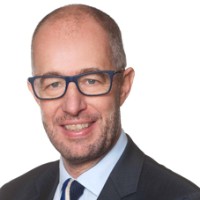 A substantial number of people worldwide are suffering from a functional gastrointestinal disorder (GFID), according to a new survey.

A team, led by Magnus Simrén, MD, PhD, Professor of Gastroenterology at Sahlgrenska Academy, University of Gothenburg, found nearly 40% of adults suffer from a functional gastrointestinal disorder in a 73,000 person, 33 country survey.

However, there is currently not a clear understanding as to why these symptoms occur.

The survey included questions based on the diagnostic criteria for irritable bowel syndrome and other functional gastrointestinal disorders, as well as questions on other disease and symptoms, living conditions, quality of life, and healthcare consumption.

The investigators discovered women were more likely to suffer from a FGID than men, despite representing approximately the same percentage of the study population. Overall, 49% of women and 37% of men met the diagnostic criteria of at least 1 functional gastrointestinal disorder.

Another discovery was that the prevalence of disease is strongly associated to a high consumption of healthcare, including doctor visits, medication usage, and surgery.

For the majority of countries, the investigators used web-based questionnaires. However, in some countries the respondents were asked to reply to the questions after an interviewer read them out loud.

There were 2 countries that used both methods.

The investigators found people underreported symptoms when they gave the interview in person as opposed to anonymously online.

"We don't know why we're seeing this difference, but one reason might be that people think it's embarrassing to talk about stomach and bowel symptoms to someone sitting in front of them, and that they therefore underreport them compared with those who give their responses anonymously on an online form," Simrén said.

The sample adult survey included 33,672 participants who were non-institutionalized adults between 18-85 years old.

The team found French fries were consumed by a greater number of people with IBD. They also found individuals with the disease drank less 100% fruit juice and ate more cheese and cookies than the general population.