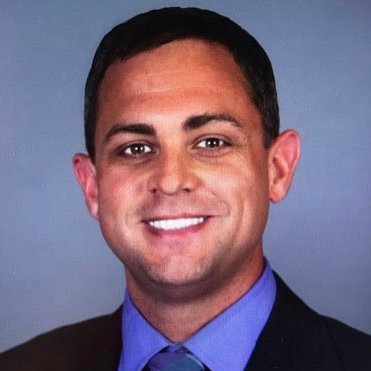 The first page of the preface to the story of Adam B. Hill, MD, introduces the author as a “human being, husband, father, physician, recovering alcoholic, and mental health patient,” in that very deliberate order.

The second page of Hill’s story is when the statistics begin, and they almost immediately begin to blur: national suicide rates have risen 25% since 2000. Suicide has risen by 30% among teenage males in less than a decade. It doubled among females. Veterans, students, and yes—on an estimated rate greater than almost any group of people—physicians, are on a unprecedented scale of depression, anxiety, and suicidality.

The numbers read as staggering, even disorienting, when paired together. But it’s not to paint a picture of hopelessness. It shows a commonality—an indiscriminate problem familiar to most, feared by all.

Hill, a pediatric oncologist with years of expertise in treating others, is not exempt from burnout, anxiety, depression, addiction, or suicidal behaviors. And his road to recovery from these conditions is not expediated by his knowledge nor eased by his connections in healthcare.

In Long Walk Out of the Woods: A Physician’s Story of Addiction, Depression, Hope, and Recovery, Hill details his particular journey toward self-care, personal recovery, and professional acceptance in medicine. But he’s also speaking to a group beyond healthcare.

In the first segment of a two-part discussion with HCPLive®, Hill shares the inspirations for his book, the influence of institution in healthcare professional wellness, and the momentum of mental illness survivors who have begun to speak up more.

HCPLive: What inspired you to write this book?

Hill: Ever since I started speaking up publicly a little over 3 years ago, I had been in recovery for several years at that point in time. But I still had been living in secrecy, combating some of my own guilt and shame. And I'd been fighting some of the real active stigmatization that comes with mental health and addiction conditions.

And I lost a colleague to suicide, who actually became the sixth colleague that I lost the suicide in my short career. And after that experience, and having this experience of feeling stigmatized by the medical credentialing and licensing process, I felt like I needed to speak up and share my story, my perspective, and hopes that it would help other people who are suffering or struggling in silence. I wanted to use my voice and add it to what was at the time was a slowly growing momentum of people speaking more openly about these conditions, and I really wanted to be able to contribute.

HCPLive: There seems to be an institutional issue with interpreting 'weakness,' versus someone needing help. A doctor doesn't want to say they need help, because they're supposed to be the helper. There's such high rates of self-medication, self-care, and unwillingness to take time off. How was that barrier for you to get over?

Hill: I think that there's several factors that collide in the cultural narrative for how we created this epidemic. My lived truth and experiences are no different. I think one of them is that we do have this perception of right or wrong as the pedestal of professionals, with this infallibility or expectation to be stronger. We're really held up in esteem. And this identity of what a physician in particular should be doesn't go with these afflictions.

The truth is we are all are subject to mental health conditions and addiction, regardless of our profession, our network, our community, our resources. I think some of it is deconstructing that. Maybe there's also just an ingrain in the medical training processes, to achieve an incredibly high levels, to strive for perfection, to continuously put the needs of others in front of your own—and not to emotionally mature, to reflect, and spend time in that space of taking care of yourself. It's always about achievement, about the next step of the process, and putting your own needs on the back burner.

And I think at the back end of it is that we have created systems that have made it abnormal to take care of yourself. Even if you take greater than 30 days away from the medical profession for decades, you have to disclose that your medical professional licensing credentialing forms. So, we make it an abnormality to seek help and treatment. We ask intrusive questions about mental health treatment, addiction treatment. We've made this a red flag, as opposed to something that should be encouraged. Cynically, we've had multiple levels of failing, I think for many years.

And I hope the people sharing their narratives and stories quite openly, trying to address some of these policies and infrastructure issues, that we can move forward productively in the 21st century.

HCPLive: It seems like, once you get through that hurdle, it does get easier. But it's that hurdle of  becoming a subject of discussion, as much as you are a facilitator of the conversation. Did you find it to become an easier task after doing that, or has it been difficult?

Hill: I think now, at this point in my career and personal life, I've made plenty of peace where I can now speak openly and fluidly about what I've been through. So, I think now it's having a very strong support at work. It's my bosses, my colleagues, the people I work with on a daily basis that are the reason I can write this book, write for The New England Journal of Medicine, or talk openly. I do feel safe and protected in an environment that sees what I've been through in my lived experience as a strength. So that's a huge benefit to me: to feel like I'm appreciated for what I can bring to the table because I have been through this. I know a lot of people can't say that, and I'm greatly appreciative of the opportunity I've been given.

I think it has gotten easier over time, because so many more people are now coming forth. You know, you can't go on online publications or professional journals without surgeons writing about their inpatient psychiatric admission. You have one of my friends from Harvard, particularly writing about her experience as a residency director with depression in JAMA. You have all these people who are more willing, and it feels like this momentum, this groundswell, this movement of people that don't feel alone in sharing these stories, because it is so common. We just needed to lift the blindfold off and look around, and realize that  we're all in this together.

HCPLive: Speaking of JAMA—in recent years, it appears prolific academic medical journals have engaged more and more in in these topics that people may perceive as more pertinent to practicing physicians. It seems that because it's a discussion that's been adopted by both academic and practicing medicine, the message has just been stronger. Is that right?

Hill: I think so. I think the true strength, and why I wrote my story the way I did, is that to not separate this conversation from the lived truth and experience of the general population at large. There's been this elitist disconnect between physicians and the people we serve for so long, and the growing division between that, and the distrust in the medical system because of 'Big Pharma' and insurance in the big business of medicine.

There's so many people that have a lack of access to affordable care in this country. This is a human story, and I try to write it in my book as a human story. I'm an upper middle-class Caucasian American who's had access to treatment and resources that a lot of people don't. And I don't pretend that I don't have that privilege. I also try to share that so many of us have this lived experience that have been affected by anxiety, depression, and substance abuse. It's the people that we love—it's our spouse, our family member, our sister, our brother.

I really tried to write it in a way that reflects our commonality and what draws us closer together as human beings, and that this could be anybody's story. This isn't a doctor's story—it's someone who was in the darkest depths of mental health conditions, who had a suicidal plan, and found a way out. And I used that out as an ability to empathize, connect, and be more compassionate in a way of healing that I previously never understood.

So I think that you're right: having multiple, different lenses of the narrative is important, but I think it's also important to tell it in the scope of a Western culture that's really sick right now. We have epidemics of suicide in dairy farmers, in millennials, and the elderly. And the stigmatization exists in aviation—my nephew's 19 years old and active military. They've had suicides on their bases.

I think there's so much more of this story that is outside of medicine too, that when we connect those pieces, I think it even makes it a stronger argument for why this is important.
Copyright® ConsultantLive 2019 Intellisphere, LLC. All Rights Reserved.