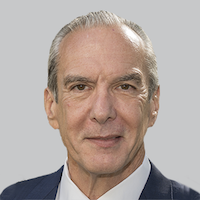 The annual review of all ongoing research and treatments for Alzheimer disease shows a renewed emphasis on nonamyloid targets, including candidate treatments addressing for inflammation, synapse and neuronal protection, vascular factors, neurogenesis, and epigenetic interventions.

Led by Jeffrey Cummings, MD, ScD, director emeritus of the Lou Ruvo Center for Brain Health at Cleveland Clinic, and vice chair of the Department of Brain Health at the University of Nevada - Las Vegas, the study reviewed and identified all trials of pharmacologic agents currently being developed for treatment of Alzheimer disease as of February 2020.

Overall, 121 agents are being evaluated in clinical trials, with 29 being assessed in 36 phase 3 trials, 65 agents in 73 phase 2 trials, and 27 evaluated in 27 phase 1 trials. Specifically, there are 12 agents (9.9%) in trials that target cognitive enhancement and 12 (9.9%) intended to treat neuropsychiatric and behavioral symptoms.

Notably, when evaluating total number of agents year-over-year, there are fewer agents in the Alzheimer disease pipeline in 2020 than in 2019 (121 vs 134).

Among the therapies being evaluated are 97 (80.2%) agents that intend to achieve disease modification, 16 (16.5%) of which target amyloid and 11 (11.3%) that target tau as the primary target or as 1 of several effects seen in preclinical or previous clinical studies.

Among the 16 amyloid agents, 6 are small molecules and 10 are monoclonal antibodies or biological therapies.

The longitudinal 5-year pipeline report showed that there is a trend for increasing diversification, with a greater number of tau-targeted, anti-inflammatory, synaptic and neuroprotective, metabolic, neurogenesis, and epigenetic agents.

“it’s clear that the use of biomarkers has been so informative in terms of helping us know whether the drugs are working and whether they are working on the biology that we are trying to target. Although we don’t have a new approved drug yet, we can see that we’re definitely affecting the part of the brain that we want,” Cummings said in an interview with NeurologyLive.

Of the 17 (59%) putative disease-modifying agents, 5 are biological therapies and 12 are oral agents or small molecules. Since 2019, there are 5 new agents that have progressed in the pipeline to phase 3.

There are reportedly 65 agents in 73 phase 2 clinical trials. Six (9%) cognitive enhancers and 4 (6%) agents targeting behavioral symptoms were among 10 symptomatic agents. The other 55 (85%) were potential disease-modifying therapies (DMTs), 14 of which were biologics and 41 were small molecules.

When assessing biomarkers as outcome measures in Alzheimer disease clinical trials, cerebrospinal fluid (CSF) amyloid is the most common in phase 3, accounting for 10 trials (48%), while CSF tau is being used in 17 (28%) phase 2 trials, accounting for the most used in that phase.

Notably, tau imaging has become an increasingly prominent end point used in drug development programs, with use as a secondary outcome in 3 (14%) phase 3 and 4 (7%) phase 2 trials of DMTs.

“There were a number of things that stuck out to me. One was the great increase in the number of repurposed compounds that are in the pipeline,” Cummings said. “One of the things that alarmed me though was the relatively small number of agents coming into phase 1. We really have to get those drugs out of the lab, out of the animals, and into humans more successfully.”