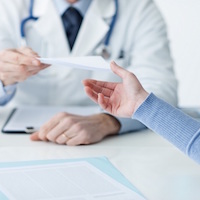 There are many concerns regarding antipsychotics, especially for Alzheimer disease patients by increasing the risk of falls.

A team based in Finland and Sweden, led by Vesa Tapiainen, MD, School of Pharmacy, University of Eastern Finland, identified the link between antipsychotic use and the risk of head injuries for community dwellers with Alzheimer disease in a nationwide register-based cohort study.

Incident antipsychotic users were identified from the Prescription Register and matched with non-users by age, sex, and time since Alzheimer disease diagnosis.

Antipsychotic use has long been linked to an increased risk of falls for geriatric adults, but previous studies did not look at the risk of head injuries. Patients with a prior history of schizophrenia or a head injury were excluded from the study.

The investigators sought outcomes of incident head injuries based on the International Classification of Diseases, Tenth Revision (ICD‐10) codes S00‐S09 and traumatic brain injuries based on TBIs; ICD‐10 codes S06.0‐S06.9 resulting in a hospital admission or death.

The risk of traumatic brain injuries was particularly high for quetiapine users (IPT‐weighted HR, 1.60; 95% CI, 1.15‐2.22) in comparison to risperidone users.

“These findings imply that in addition to previously reported adverse events and effects, antipsychotic use may increase the risk of head injuries and TBIs in persons with [Alzheimer disease},” the authors wrote. “Therefore, their use should be restricted to most severe neuropsychiatric symptoms, as recommended by the AGS Beers Criteria.”

In another Finland-based cohort involving 62,250 patients, investigators discovered the link between antipsychotics and schizophrenia.

The study, “The Risk of Head Injuries Associated With Antipsychotic Use Among Persons With Alzheimer's disease,” was published online in the Journal of American Geriatrics Society.
Copyright® ConsultantLive 2019 Intellisphere, LLC. All Rights Reserved.