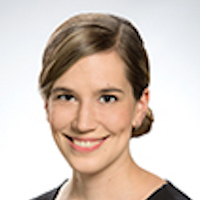 Alzheimer disease patients can expect more hospital days for a variety of reasons if they are antipsychotic initiators.

A team of investigators, led by Marjaana Koponen, PhD, University of Eastern Finland, compared the accumulation of hospital days between antipsychotic initiators and noninitiators with Alzheimer disease in a nationwide exposure-matched cohort study.

The investigators used the data of 70,718 Finnish community dwellers who received an incident Alzheimer diagnosis between 2005-2011 in the nationwide register-based MEDALZ (Medication use and Alzheimer's disease) cohort.

For every initiator, the investigators matched a noninitiator on age, sex, and time since diagnosis.

They also extracted data on reimbursed prescription drug purchases between 1995‒2015 from the Finnish Prescription Register.

Overall, antipsychotic initiators had 53% more hospital days (95% CI, 1.47‒1.59) than noninitiators. The strongest associations were observed during the first 6 months.

The initiator group also had more incidents of diseases of the respiratory, genitourinary, and circulatory system, certain infectious and parasitic diseases, and symptoms not elsewhere classified.

“Antipsychotic initiators accumulated more hospital days than noninitiators, especially within the first 6 months after initiation,” the authors wrote. “This may indicate adverse events or difficulties in treating the most severe behavioral and psychological symptoms of dementia and health problems triggering them.

“After initiating antipsychotics, careful and regular monitoring is needed to assess response and decrease the risk of adverse effects and events,” they added.

Antipsychotics are linked to several adverse events, including hip fractures, stroke, myocardial infarction, pneumonia, and mortality among geriatric patients, as well as people suffering from dementia.

The investigators found that dementia was the most common reason for extended hospital days.

The most common diagnostic code in the factors influencing health status was caregivers' care breaks, accounting for nearly 70% of hospital days in this category for initiators and noninitiators.

The most common symptoms classified not classified elsewhere were malaise and fatigue (36.9% and 29.3% of hospital days among initiators and noninitiators, respectively).

Inhibitors had accumulated more hospital days than noninitiators, likely due to diseases of the nervous system and akin and subcutaneous tissue.

In the as-treated analysis, initiators had accumulated more days because of injuries and poisonings, diseases of the digestive system, endocrine, nutritional and metabolic diseases, and diseases of the blood and blood-forming organs.

The investigators also found that initiators had a lower number of accumulated hospital days due to diseases of the musculoskeletal system and connective tissue in the main analysis, but not in the as-treated analysis.

The study, “Accumulation of Hospital Days Among Antipsychotic Initiators With Alzheimer's Disease,” was published online in The Journal of Post-Acute and Long-Term Care Medicine.
Copyright® ConsultantLive 2019 Intellisphere, LLC. All Rights Reserved.