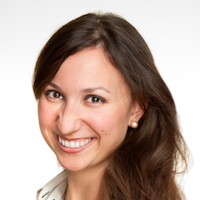 Asthma and chronic obstructive pulmonary disease (COPD) were both associated with an increased risk for incident rheumatoid arthritis, regardless of smoking status and other confounders, new study findings showed.

Julia Ford, MD, and colleagues from Brigham and Women’s Hospital investigated whether asthma or COPD were associated with rheumatoid arthritis. The findings suggested that chronic airway inflammation could be crucial in rheumatoid arthritis pathogenesis.

Ford, from the Division of Rheumatology, Inflammation, and Immunity at Brigham and Women’s Hospital, and the investigative team identified women with self-reported physician-diagnosed asthma or COPD. The women were enrolled in the Nurses’ Health Study (1988-2014) or NHSII (1991-2015). Women in the study were nurses between 25-55 years old who completed baseline and biennial questionnaires about lifestyle; health behaviors; medications; and diseases.

Participants who reported a physician diagnosis of asthma were sent a previously validated supplemental respiratory questionnaire about their symptoms, medications, and diagnostic testing. The questionnaire also helped validate participants who self-reported physician diagnosis of emphysema or chronic bronchitis. Nurses who self-reported COPD had confirmed COPD if the criteria for a probable or definite case was met.

Those who self-reported a new rheumatoid arthritis diagnosis were mailed a CTD Screening Questionnaire. Two rheumatologists reviewed the medical records of such participants so they could identify cases that met the 1987 American College of Rheumatology (ACR) or 2010 ACR/European League Against Rheumatism RA classification criteria.

The investigators derived smoking pack-years by multiplying the packs of cigarettes smoked per day (20 cigarettes per pack) with number of years smoked.

Providers who care for patients with such conditions should be aware of the increased risk of rheumatoid arthritis and have a low threshold to evaluate for the conditions in that patient population, the study investigators concluded.