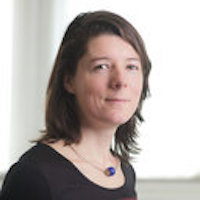 Biologics are associated with a greater mean improvement in pediatric psoriasis severity than methotrexate, according to a comparative trial in 200-plus real-world patients.

An international, retrospective review of North American and European children with psoriasis treated with either biologic therapy or methotrexate showed the former had greater long-term benefits for Psoriasis Area Severity Index (PASI) and Physician Global Assessment (PGA) scores than the latter.

Investigators, led by Inge M. G. J. Bronckers, MD, of the Department of Dermatology at Radboud University in the Netherlands, believe this and future comparative analyses could inform prescribing choices for pediatric psoriasis for patients across multiple countries.

Psoriasis, despite affecting more than 1% of children worldwide, has a scarcity of approved and regulated agents for treatment. Bronckers and colleagues noted that direct comparative data among such limited options is also few and far between—complicating the selection of individualized medication for patients.

While methotrexate has been the most commonly prescribed and least expensive systemic agent for psoriasis across international markets, targeted biologic therapies including tumor necrosis factor (TNF) inhibitors and interleukin 12 and 23 (IL-12; IL-23) inhibitors have also shown particular efficacy and safety among pediatric plaque psoriasis patients.

Despite both methotrexate and TNF inhibitors having used for at least the past decade, only adalimumab has been compared in a head-to-head trial with the most common therapy. Investigators sought the relative reduction in severity and real-world use of methotrexate and biologics in real-world pediatric patients using a retrospective analysis of psoriasis severity scores and drug survival of both classes.

The team gauged medical records from 20 European and North American centers. There were 234 participants with moderate to severe psoriasis, who received at least 3 months of methotrexate or biologics from December 1, 1990 to September 16, 2014. Patients were 56% (n = 131) female, with almost two-thirds (63%) coming from North America.

Investigators noted the prospective findings have underestimated the efficacy of methotrexate, both due to the shortened duration of observed care, and for the low mean dosages administered to observed patients. There was also fewer observation of pediatric patients administered subcutaneous methotrexate instead of oral.

That said, psoriasis severity reduction was pronounced among patients treated with biologics, and showed a greater drug survival—a critical metric for the treatment of a chronic condition.

“In addition to their documented efficacy, biologics are convenient to use, require less monitoring, and are associated with fewer treatment-related toxic effects than conventional agents in children, making them an attractive treatment option,” Bronckers and colleagues wrote. “Nevertheless, biologics are much more costly than methotrexate, even with the required laboratory monitoring for the latter, and methotrexate still has an important position in the treatment of pediatric psoriasis.”

The study, “A Comparison of Psoriasis Severity in Pediatric Patients Treated With Methotrexate vs Biologic Agents,” was published online in JAMA Dermatology.
Copyright® ConsultantLive 2019 Intellisphere, LLC. All Rights Reserved.