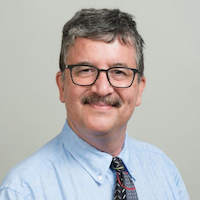 David Miklowitz, PhD, director of the Max Gray Child and Adolescent Mood Disorders Program of the Jane and Terry Semel Institute for Neuroscience and Human Behavior at UCLA, and colleagues studied 127 children and teenagers to determine which of 2 types of treatment was more effective at delaying new and recurring bipolar symptoms. Nearly 80% of the adolescents in a family-focused treatment recovered from their initial symptoms during the study period, while 65% in the educational group recovered.

The study is an important step in decreasing the severity of bipolar disorder early on for children, co-author Christopher Schneck, MD, an associate professor of psychiatry at the University of Colorado Anschutz Medical Campus, said in a statement.

The team of investigators from UCLA, the University of Colorado, and Stanford University, included 127 youths aged 9–17 years old with symptomatic mood disorder and a family history of bipolar disorder. Participants had a prior week Young Mania Rating Scale > 11 or a two-week Children’s Depression Rating Scale, Revised score > 29, which indicated at least moderate current mood symptoms.

Each participant was randomly assigned to family-focused treatment (61) or enhanced care (66). The investigators entered the patient’s diagnosis—unspecified bipolar disorder or major depressive disorder—age (< 13 or > 13 years old), and initial medications (mood stabilizers or antipsychotics vs neither) into an algorithm which randomly assigned treatment to minimize imbalances.

Independent evaluators interviewed the participants and at least 1 parent at baseline to learn about the previous 4 months, every 4 months after randomization in the first year, and every 6 months for up to 4 years. During the interviews, participants completed the Adolescent Longitudinal Interval Follow-up Evaluation and associated Psychiatric Status Ratings (PSR). Inter rater reliabilities for six-point depression PSR was .79 and .76 for six-point mania PSR.

Upon secondary analyses, the investigators saw that mean maximum PSR mood scores did not differ by group, but the time components were statistically significant (P <.001), with family-focused treatment and enhanced care participants showing symptom decline during the first 8 months, then leveling off during the follow-up period.

At-risk children who live in chaotic households with either no boundaries or highly critical parents will do worse over time, Miklowitz said.

“Involving the parents in the child’s therapy teaches family members how to create a more protective environment so that kids can stay well for longer,” he added.