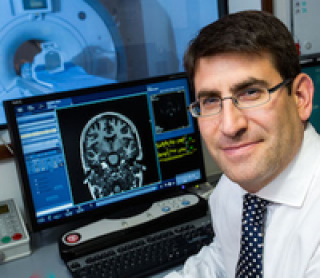 Results of a recent life-long study, performed by investigators at the University College London, suggest there may be a link between changes in blood pressure early in life to poorer brain health as a person ages.

Insight 46, which is the oldest running birth cohort study in Britain, revealed high and increasing blood pressure from early adulthood into midlife appeared to be associated with increases in white matter hyperintensity volume (WMHV) and smaller brain volumes between the ages of 69 and 71 years old.

"We now know that damage caused by high blood pressure is unlikely to be driven through the hallmark Alzheimer's protein amyloid, but through changes in blood vessels and the brain's architecture,” said Jonathan Schott, professor at University College London. “The findings show that blood pressure monitoring and interventions aimed at maximizing brain health later in life need to be targeted at least by early midlife."

Insight 46, which was a substudy of the Medical Research Council National Survey of Health and Development, contained 502 participants who were followed from their birth in during the same week 1946. All participants had their blood pressure assessed at the ages of 36, 43, 53, 60 to 64, and 69 years old.

“The Insight 46 study has allowed us to reveal more about the complex relationship between blood pressure and brain health,” Schott said. “The findings suggest that blood pressure even in our 30s could have a knock-on effect on brain health four decades later.”

This study, “Associations between blood pressure across adulthood and late-life brain structure and pathology in the neuroscience substudy of the 1946 British birth cohort (Insight 46): an epidemiological study,” was published online in The Lancet Neurology.
Copyright® ConsultantLive 2019 Intellisphere, LLC. All Rights Reserved.