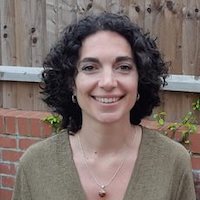 The researchers also identified the potential for mediation of the associations by depression at 10 years old.

While persistent childhood nightmares have been prospectively linked to psychosis and borderline personality disorder in adolescence, the extent this association is also true for behavioral sleep problems remains unknown with the potential mechanisms unexplored.

In the study, the investigators assessed 13,488 individuals from the Avon Longitudinal Study of Parents and Children birth cohort, where each participant was followed up with for more than 13 years. The study included pregnant women with expected delivery dates from April 1991 to December 1992.

The investigators included in the final analysis 7155 participants who reported BPD symptoms.

Parents reported nighttime sleep duration, night awakening frequency, bedtime, and regularity of sleep routines for 6, 18, and 30 months, as well as 3.5, 4.8, and 5.8 years of age.

A mediation analysis showed consistency with all of the previous association, except for the later bedtime at 3.5 years old and BPD in adolescence, which showed no association.

“The findings suggest that some behavioral sleep problems in childhood are distinctively associated with the onset of psychosis and BPD in adolescence, following different pathways,” the authors wrote. “Furthermore, depression at 10 years of age may mediate only the association with psychosis. These findings contribute to the design of more personalized interventions in psychosis and BPD.”

Sleep is a known factor associated with developmental psychopathologic symptoms and is considered a fundamental operating state of the central nervous system. The potential association of sleep with frontal lobe function is especially relevant in early childhood, when the brain shows substantial dynamic plasticity.