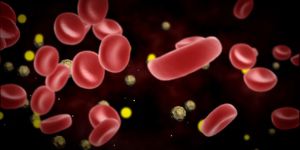 Despite the excitement surrounding the multiple classes of glucose-lowering therapies for diabetes management, results of a new systematic review and network meta-analysis suggest there was no difference in outcomes based on treatment in drug-naive patients at low cardiovascular risk.

Results of the study, which examined 9 drug classes across 453 trials, indicate certain GLP-1 receptor agonists (GLP-1 RA) and SGLT2 inhibitors may be beneficial adjunct therapies for those on metformin with increased cardiovascular risk, but do not describe a clinically meaningful difference in HbA1c management across various antidiabetic interventions in patients with low risk.

With the field of cardiometabolic health evolving at a breakneck pace, an international team of investigators—led by Eleni Bekiari, MD, MSc, PhD, of University of Thessaloniki—sought to devise a study to compare multiple classes of antidiabetes medications against each other. To do so, they designed a systematic review and network meta-analysis using data from the MEDLINE, EMBASE, and the Cochrane Central Register of Controlled Trials databases from inception through December 18, 2019 and ClinicalTrials.gov from inception through April 10, 2020.

In total, 52,374 articles were identified. Of these, 453 trials met criteria and were included in the study. For inclusion, studies needed to designed as randomized controlled trials, published in English, examine adults with type 2 diabetes who had a duration of intervention of at least 24 weeks, report data for at least 1 outcome of interest, and assess glucose-lowering drugs with prior approval from or pending applications with regulatory committees in the US or Europe.

Upon analysis, results indicated all treatments examined were associated with reduced HbA1c level when compared against placebo in drug-naïve patients at low cardiovascular risk—noting the greatest change was seen with subcutaneous semaglutide (-1.48%; 95% CI, -2.15 to -0.81%) and the least change was observed with DPP-4 inhibitors (-0.60%; 95% CI, -0.75 to -0.46%). When assessing add-on therapies, investigators found insulin regimens and GLP-1 RAs added to metformin-based background therapy resulted in the greatest HbA1c reductions.

“The strength of this report is that it includes the greatest number of randomized clinical trials; attempts to evaluate outcomes beyond glycemia, mortality, and cardiovascular outcomes; and includes stratification not only by initial diabetes drug versus add-on to metformin but also by low versus high cardiovascular risk,” wrote Lee and Cefalu.

This study, “Comparative Effectiveness of Glucose-Lowering Drugs for Type 2 Diabetes A Systematic Review and Network Meta-analysis,” was published in the Annals of Internal Medicine.
Copyright® ConsultantLive 2019 Intellisphere, LLC. All Rights Reserved.