Patient Costs of IPF Care Better with Pirfenidone than Nintedanib 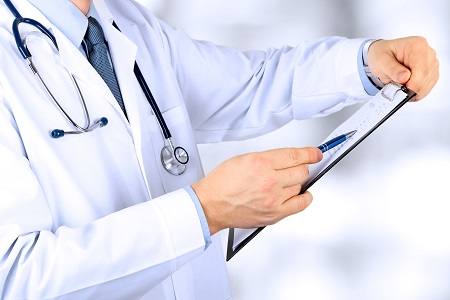 Pirfenidone (Esbriet) is associated with lower all-cause inpatient costs and fewer respiratory health-related hospital days than competitor nintedanib (Ofev) among patients with idiopathic pulmonary fibrosis, according to a new study.

In new data presented at the CHEST 2019 Annual Meeting in New Orleans, investigators found a preferred price tag in treatment with pirfenidone among Medicare-covered patients with IPF.

The findings come a half-decade following when both antifibrotic therapies initially received US Food and Drug Administration (FDA) for the delayed progression of IPF, in 2014.

Led by Sheila Reddy, PhD, investigators conducted a retrospective, observational assessment via the 100% Medicare Research Identifiable File. Eligible patients were aged ≥67 years with an IPF diagnosis during the study period on or before initiation of antifibrotic therapy.

Mean all-cause inpatient hospitalizations were reported among 20% of patients on pirfenidone and 22.6% of patients on nintedanib (P = .066), while hospitalized patients on the former therapy averaged fewer days of stay (8.1) than the latter (9.4; P = .101).

Investigators concluded that pirfenidone is associated with lower all-cause inpatient costs, as well as fewer respiratory-related hospital days—positive indications when treating a critical condition such as IPF, they noted.

The study, “Healthcare Resource Use and Costs in Patients with Idiopathic Pulmonary Fibrosis in the US Medicare Population,” was presented at CHEST 2019.
Copyright® ConsultantLive 2019 Intellisphere, LLC. All Rights Reserved.