Despite Guidelines, Insulin Use Increased in Older Patients in Poor Health 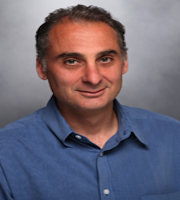 Kaiser Permanente and Yale School of Medicine investigators are now calling for changes to type 2 diabetes care in older patients, after findings from an electronic health record analysis showed current practices may be driving patient risk.

The analysis revealed disparities in insulin use between older adults in poor and good health with type 2 diabetes which suggest the difference is the result of a failure to adhere to guidelines that recommend reducing treatment intensity as health status declines.

"But in current practice we found that these sicker patients were less likely to stop taking insulin," Grant said.

In an effort to assess whether insulin treatment was being used less frequently and discontinued as recommended in diabetic patients aged 75 years and older with poor health compared to those in good health, investigators designed a longitudinal cohort study using data from the Kaiser Permanente Northern California Diabetes Registry.

Individuals included in the current study turned 75 between 2009 -2013 and had no gaps 2 months or longer in health insurance coverage during the period of their 73rd to 79th birthdays, or death.

Investigators analyzed participants clinical characteristics for 2 years prior to turning 75 years old and all participants in the study were followed for up to 4 years. Individuals using insulin at 75 years of age were compared based on whether or not they discontinued insulin use during the 4-year follow-up period.

Investigators noted the trends observed in the study indicate a lack of adherence to guideline recommendations that could adversely impact the health status of patients.

"Revisiting the need for potentially harmful medications such as insulin when the risks outweigh the benefits can help to reduce adverse events like hypoglycemia and improve the quality of care in older patients," Grant said.

This study, “Use and Discontinuation of Insulin Treatment Among Adults Aged 75 to 79 Years With Type 2 Diabetes,” was published online in JAMA Internal Medicine.
Copyright® ConsultantLive 2019 Intellisphere, LLC. All Rights Reserved.