Modified Diesel Exhaust May Be More Harmful for Lung Health 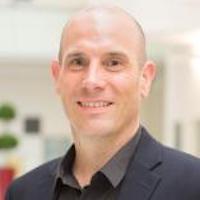 Particle depletion of diesel exhaust is actually associated with an increased rate of impaired lung function when combined with allergen exposure, according to a new study.

Diesel exhaust has been long established as a public health model for traffic-related air pollution, having been significantly associated with global asthma burden as well as allergen inhalation effects. As investigators noted, though, diesel particulate-filtering technologies may drive rates of nitrogen dioxide (NO2) emissions.

Investigators sought to understand whether PDDE- or diesel exhaust-associated toxins would worsen an individual’s lung function.

“We previously demonstrated that diesel exhaust augmented allergic responses as well as airflow declines in those genetically susceptible, but we wondered if removing particles from the exhaust would lessen these effects,” senior study author Chris Carlsten, MD, MPH, head of respiratory medicine and Canada Research Chair in Occupational and Environmental Lung Disease at UBC, said in a statement.

Investigators conducted blood sampling and spirometry for 48 hours prior and following the air exposures. Airway responsiveness was evaluated at 24 hours. Inhaled saline following filtered air was used as the control condition. A majority of patients (n = 9) were identified as airway hyperresponsive, indicating them as being at greater lung impairment risk.

Clinical discussion into the effect of pollutants on chronic respiratory health has been spurred by public health concerns surrounding climate change projections and major global urbanization. A report from last month showed associations between ambient air pollution and emphysema morbidity and mortality, and an even more recent global cohort analysis associated particulate matter exposure with cardiovascular and respiratory mortality.

An essay accompanying the latter study, written by Renee M. Salas, MD, MPH, of the Department of Emergency Medicine at Massachusetts General Hospital and Harvard Medical School, emphasized the urgency of action to follow these clinical findings.

“Neither the gravity and enormity of climate change nor the unfortunate politicization of this health emergency should cause us to shy away from action,” Salas wrote. “The timeline for action to avert some of the most catastrophic health outcomes of climate change has been estimated to be a little over a decade.”

Add to that portfolio of evidence the findings of the diesel exhaust assessment—which conluded that both diesel exhaust and particle-depleted exhaust are associated with impaired lung function, indicate investigators and public health leaders need to access other drivers of diesel exhaust’s harm than just particulates.

“The take-home message is that technologies that remove particulate matter from diesel exhaust cannot be simply assumed to be beneficial to health, especially in susceptible populations,” Carlsten said.