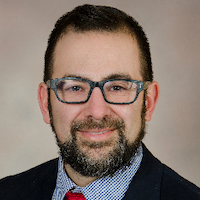 Dupilumab (Dupixent) can significantly improve the signs, symptoms, and quality of life associated with moderate to severe atopic dermatitis in adolescent patients, according to new phase 3 findings which compared 2 doses of the biologic to placebo .

In a randomized, double-blind, parallel-group clinical assessment conducted by Sanofi and Regeneron Pharmaceuticals, Inc., a team of investigators found adolescent patients with atopic dermatitis were more likely to improve their Eczema Area and Severity Index (EASI-75) and Investigator’s Global Assessment (IGA) scores over 16 weeks than those on placebo.

The findings, which come from 45 US and Canadian centers involved in the trial from March 2017 to June 2018, show benefits for dupilumab among a patient population younger than—and with baseline disease severity greater than—the observed adult atopic dermatitis from the LIBERTY AD SOLO phase 3 trials.

Investigators, led by Eric L. Simpson, MD, of the Department of Dermatology at Oregon Health & Science University, sought to understand the effect of monotherapy dupilumab in adolescents with moderate to severe atopic dermatitis that is inadequately controlled by topical therapies.

Dupilumab, an interleukin 4 and 13 (IL4; IL13)- blocking monoclonal antibody, was approved by the US Food and Drug Administration (FDA) for the treatment of atopic dermatitis in patients aged 12 years or older, as well as for other type 2 inflammation-based conditions such as asthma and chronic rhinosinusitis with nasal polyps (CRSwNP). It is also currently being investigated as a novel therapy for eosinophilic esophagitis, food allergy, and pediatric asthma and atopic dermatitis.

“The primary results from the phase 3 trial reported herein led to FDA approval of dupilumab in this patient population,” Simpson and colleagues wrote retrospectively.

The team randomized patients to either 200 mg (n = 43), 300 mg (n =39) dupilumab every 2 weeks; 300 mg dupilumab (n = 84) every 4 weeks; or placebo (n = 85). Patients were stratified by their atopic dermatitis severity and body weight. The most common comorbid allergic conditions among patients were allergic rhinitis (65.6%), food allergies (60.8%), and asthma (53.6%). Patients among all treatment groups reported similar baseline characteristics that reflect a disease burden which influences quality of life and mental health.

“Itching, associated sleep loss, and the chronic, relapsing nature of AD negatively affect quality of life of patients and family members,” investigators wrote. “Atopic dermatitis in adolescents is associated with poorer performance in school, difficulties in forming social relationships and participating in sports, and increased rates of anxiety, depression, and suicidal ideation.”

Investigators assessed for main outcomes of proportion of patients with 75% or more improvement from baseline in EASI-75 and IGA scores of 0-1 at week 16. At trial’s end, 240 (95.6%) patients had completed treatment.

The proportion of patients reaching IGA 0 or 1 at week 16 was also found to be significantly higher in bi-weekly dupilumab patients (24.4%), as well as patients administered the biologic every 4 weeks (17.9%) than those on placebo (2.4%). Simpson and colleagues found the two-week regimen was overall superior in efficacy to the four-week regimen.

To the team’s knowledge, this assessment was the largest to-date trial of systemic pediatric atopic dermatitis treatment, and the first confirmatory trial showing favorable benefit-to-risk profile for a monoclonal antibody in this patient population.

“The findings provide evidence of the importance of targeted type 2 cytokine blockade, in particular IL-4/IL-13, in reducing the clinical severity and extensive effect of atopic dermatitis in adolescents, with the potential to simultaneously address the high burden of type 2 comorbidities,” they concluded.

The study, "Efficacy and Safety of Dupilumab in Adolescents With Uncontrolled Moderate to Severe Atopic Dermatitis," was published online in JAMA Dermatology.
Copyright® ConsultantLive 2019 Intellisphere, LLC. All Rights Reserved.