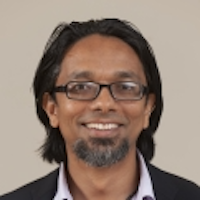 Findings of a new study demonstrate very early spring onset is associated with a 17% in asthma-related hospital admissions.

Furthermore, Amir Sapkota, PhD, and a team of investigators found the late onset of spring was associated with a 7% increase in hospital admissions for asthma.

Sapkota and colleagues conducted a cross-sectional study of 29,257 patients with asthma to see whether changes in the timing of spring onset were related to ongoing climate variability and change associated with rates of asthma hospitalization during the spring season. To do this, the investigators obtained inpatient hospital admission data for asthma from the Maryland Department of Health from January 2001 through December 2012.

The main objective was to investigate how ongoing changes in the timing of the start of spring were associated with the asthma burden in Maryland. Because of this, the team only considered springtime hospitalization data from March to May, assuming asthma hospitalization during the other seasons would not be affected by tree pollen exposure in the spring. Data included the county of residence, age, sex, race/ethnicity, and date of hospitalization.

The investigators used observations from the National Aeronautics and Space Administration’s Moderate Resolution Imaging Spectroradiometer for their phenology product. The product was derived from time-series data of normalized difference vegetation index.

There were 108,358 asthma hospitalizations overall, and 27% of them occurred during springtime. A majority of the patients were women (61.1%), lived in urban areas (88.3%), and were non-Hispanic black (49.1%) or non-Hispanic white (41.5%). The pattern of springtime hospitalizations was similar to the overall hospitalization pattern across demographic characteristics, including age, race/ethnicity, sex, and urbanization. Rates were slightly higher during the spring season, specifically among patients aged 4 years old or younger (37.9 per 10,000 overall vs 40.9 per 10,0000 during spring) and 65 years old or older (24.1 per 10,000 overall vs 27.7 per 10,000 during spring).

The results suggested ongoing changes in the timing of spring onset were associated with asthma hospitalization. Due to the high burden of allergic diseases and the number of those affected by tree pollen, public health and medical communities should anticipate and adapt to the ongoing changes.

The study, “Association Between Changes in Timing of Spring Onset and Asthma Hospitalization in Maryland,” was published online in JAMA Network Open.
Copyright® ConsultantLive 2019 Intellisphere, LLC. All Rights Reserved.