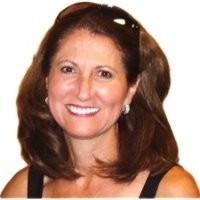 The Janssen Pharmaceutical Companies of Johnson & Johnson announced positive results from a pair of double-blind, randomized, placebo-controlled, multicenter phase 3 clinical studies called ASPIRE I & II to evaluate the efficacy and safety of the treatment during the 32nd European College of Neuropsychopharmacology (ECNP) from Sept. 7-10 in Copenhagen.

"These data are particularly important because patients with major depressive disorder presenting with active suicidal ideation with intent constitute a psychiatric emergency that requires immediate intervention," Carla Canuso, MD, Senior Director, Clinical Research, Janssen Research & Development, and clinical leader of the ASPIRE I & II studies, said in a statement. "Although currently available antidepressants are effective for many patients, their onset of effect can take four to six weeks, offering limited benefit to those in urgent need."

Both studies met the primary efficacy endpoint by reducing depressive symptoms 24 hours after the initial dose, as measured by the Montgomery-Åsberg Depression Rating Scale (MADRS). Depressive symptoms were reduced by an average of 3.8 points during the first study and 3.9 points in the second study.

In both studies, participants were administered 84 mg of spray, alongside comprehensive standard of care that included initial hospitalization with newly initiated and/or optimized antidepressant therapy and showed clinically meaningful and statistically significant superiority (P =.006) over a placebo administered with a standard of care.

Both the treatment and the placebo resulted in an improvement in the severity of suicidality for the 456 patients with moderate-to-severe MDD as measured by the revised Clinical Global Impression of Severity of Suicidality (CGI-SS-R) at 24 hours after the first dose.

More than 85% were rated by clinicians to be moderately to extremely suicidal. For the SPRAVATO group, the most common adverse side effects were dizziness, dissociation, nausea, somnolence, blurred vision, vomiting, paresthesia, increased blood pressure, and sedation.
Copyright® ConsultantLive 2019 Intellisphere, LLC. All Rights Reserved.