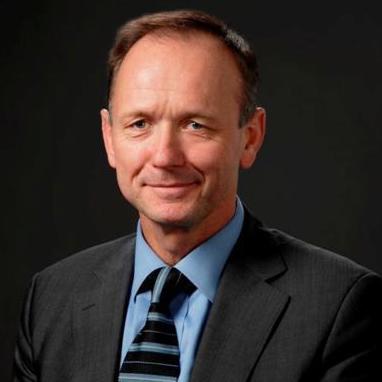 The phase 3 data, to be presented at an upcoming medical meeting, show PT010 with a standard budesonide dose of 320 mcg reduced the rate of moderate or severe exacerbations in patients with COPD at a statistically significantly greater than both GFF and PT009.

ETHOS is an ongoing 52-week trial, in which symptomatic patients with moderate to very severe COPD and a history of exacerbations within the past year are randomized to either dose of PT010, GFF, or PT009, all administered from a metered dose inhaler (MDI).

Investigators—led by Klaus F. Rabe, MD, PhD, professor of Pulmonary Medicine at the University of Kiel and director of the Department of Pneumology at Clinic Grosshansdorf in Germany—are assessing for outcomes of COPD exacerbations, symptoms, patient quality of life, and all-cause mortality, as well as sub-analyses for lung function and cardiovascular safety.

The trial includes 8572 randomized patients from June 2015 to July 2018, with preliminary baseline demographics showing a majority of patients have experienced ≥2 moderate to severe exacerbations in the past year (55.9%), were receiving an inhaled corticosteroid-containing treatment at trial’s start (79.1%), and had blood eosinophil counts ≥150 cells/mm3 (59.9%).

PT010’s safety and tolerability outcomes were consistent with the known profiles of its dual comparators.

“This is also the first time we have seen the benefit of fixed-dose triple-combination therapy at 2 inhaled corticosteroid doses, which could transform treatment practice by allowing physicians to select the optimal dose for individual patients,” Rabe said in a statement.

PT010, which in its phase 3 clinical trial program ATHENA has been administered via AstraZeneca’s AEROSPHERE Delivery Technology, has already been approved in Japan, and is awaiting regulatory decision in the US, the European Union, and China.

It has been assessed in approximately 15,500 patients in 11 clinical trials globally under the ATHENA program—which includes the 4 key trials ETHOS, KRONOS, TELOS, and SOPHOS.

“The phase 3 ETHOS trial builds on the phase 3  KRONOS data which together show PT010’s ability to reduce exacerbation risk in a broad range of patients with COPD, irrespective of whether they have had an exacerbation in the previous 12 months,” Pangalos said. “We look forward to sharing these results with health authorities as soon as possible.”
Copyright® ConsultantLive 2019 Intellisphere, LLC. All Rights Reserved.