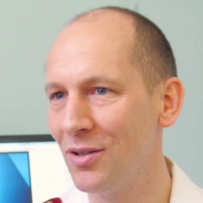 While the impact between sleep and cognitive function is obvious, exercise training programs could help improve function for those deprived of sleep.

A team, led by Fabien Sauvet, MD, University of Paris, investigated the effects of 7 weeks of moderate and high-intensity interval exercise training on vigilance and sustained attention, inhibition processes and working memory during 40 hours of total sleep deprivation.

Exercise training is known to improve learning and memory and protect against the negative impact of sleep deprivation.

In the study, 16 subjects were evaluated at baseline, during the total sleep deprivation, and the day after a night of recovery sleep. The polysomnographic variables comprised of 6 electroencephalograms, 2 electrocardiograms, 2 electrooculograms, and 2 electromyogram derivations.

Each participants was prohibited from exercise, caffeine, tobacco, alcohol, and other psychoactive substances for the duration of the study, as well as 24 hours prior to beginning the study. Meals and caloric intake were also standardized for all subjects.

There was no effect on exercise training observed on resting heart rate (77.5 ± 3.2 vs 77.5 ± 3.2 bpm) and maximal heart rate (196.4 ± 2.3 vs 193.5 ± 1.7 bpm) during the cycling exercise test. The investigators found that exercise training significantly decreased errors and increased speed assessed by the psychomotor vigilance task during total sleep deprivation and recovery sleep. They found no differences in executive inhibition and working memory performances.

The multiple sleep latency test results were higher during baseline assessments, as well as during recovery sleep at post-exercise training. They also saw no difference in subjective sleepiness and daytime microsleeps over the 40-hour sleep deprivation period.

How individuals respond to sleep deprivation is particularly important in military operations, healthcare, aviation, and other professions that require high cognitive performance during prolonged periods of awakening.