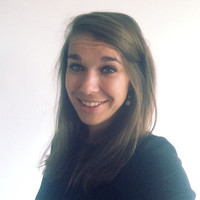 The findings emphasized that it might become increasingly important to achieve a time to encounter a patient within 6 weeks to make DMARD-free remission attainable.

Ellis Niemantsverdriet, PhD, and a team of Europe-based investigators analyzed patients with rheumatoid arthritis to learn whether visiting a rheumatologist within 6 weeks of symptom onset was related to better long-term outcomes compared with seeing a professional 7-12 weeks after symptom onset.

Niemantsverdriet, from the rheumatology department at Leiden University Medical Center in the Netherlands, and the team included patients with rheumatoid arthritis from the Leiden Early Arthritis Clinic (EAC) and the French Etude et Suivi des Polyarthrites Indifferenciées Recentes (ESPOIR) cohorts.

The EAC included patients >18 years old with clinically confirmed inflammatory arthritis at their initial physical exam. The patients’ symptoms lasted <2 years. Patients were followed up at 3, 6, and 12 months, then yearly.

In the ESPOIR cohort, patients were recruited from 14 French rheumatology centers. Patients were 18-70 years old with a rheumatoid arthritis diagnosis or were suspected to develop the condition based on expertise from a rheumatologist. The patients from the cohort had >2 swollen joints at their initial exam.

Each patient in the ESPOIR cohort was followed up every 6 months for 2 years then yearly until a maximum of 10 years.

All patients included in the team’s study were DMARD-naïve at the time of their first rheumatology visit.

The investigators used radiographs of hands and feet to study radiographic progression. The images were scored according to the Sharp-van der Heijde scoring method.

A total of 514 patients with rheumatoid arthritis were included in the ESPOIR cohort.

The team found that although less time to encounter was associated with an increased chance of sustained DMARD-free remission, there was not a reduction in severity of radiographic progression.

The findings added knowledge about whether to implement the EULAR recommendation of time to encounter a rheumatologist within 6 weeks. The investigators suggested it could depend on the long-term treatment aim.