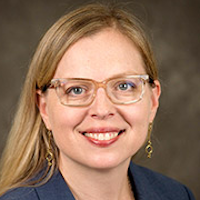 Rather than sociodemographic factors, several healthcare factors were linked to a higher likelihood that patients with rheumatoid arthritis would quit smoking, recent study findings showed.

The findings revealed that patients who were new to rheumatology care or were cared for in a rural community health system were more likely to quit smoking than those in suburban facilities who were not new to care.

Senior author Christie Bartels, MD, MS, and a team of Wisconsin-based investigators analyzed patient and healthcare level predictors of smoking cessation in more than 500 patients with rheumatoid arthritis to guide the implementation of interventions.

Bartels, from the Rheumatology Division in the Department of Medicine at the University of Wisconsin School of Medicine and Public Health, and colleagues collected electronic health record (EHR) data of patients who were >18 years old with >2 ICD-9 diagnosis codes for rheumatoid arthritis between 2005-2016. The data were pulled from the EHRs at 2 health systems—1 suburban academic and 1 rural community.

The baseline period was considered the 12 months before the first rheumatoid arthritis diagnosis code. During that time, the investigators evaluated baseline smoking status, comorbidities, and healthcare use. Patients reported their smoking status—never, current, or former—at baseline. Each patient had to have >1 primary care visit and rheumatology visit in the system.

The study ended at the day of patient death, date of last healthcare encounter before the first occurrence of >24-month period without any encounters, or December 31, 2016.

In total, the rheumatoid arthritis cohort included 3577 patients from the 2 health systems. Among the group, 26% (915) of patients were former smokers and 14% were current smokers (507) at baseline and were eligible for the primary cessation outcome. Compared to never smokers, current smokers were more likely to be males between 40-59 years old (P <.001).

Although sociodemographic factors are often associated with smoking and cessation in certain chronic diseases, the investigators found that healthcare factors like being new to rheumatology care and a health system were more predictive of cessation.

A health system can play a large role in helping patients with the condition quit smoking. Policies, procedures, and programs can be implemented by health systems to increase cessation rates.