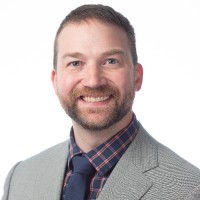 New data from an analysis of more than 900 patients found increasing dietary intake levels of flavonols—an antioxidant commonly found in teas, fruits, and vegetables—could aid in the prevention of Alzheimer’s dementia.

Results of the Rush Memory and Aging Project (MAP) indicated patients with the highest intake of flavonol were 48% less likely to develop Alzheimer’s dementia compared to patients in the lowest quintile of flavonol intake.

"Eating more fruits and vegetables and drinking more tea could be a fairly inexpensive and easy way for people to help stave off Alzheimer's dementia,” said lead investigator Thomas Holland, MD, of Rush University in Chicago, in a release. “With the elderly population increasing worldwide, any decrease in the number of people with this devastating disease, or even delaying it for a few years, could have an enormous benefit on public health."

In an effort to assess how flavonoids—a class of phytochemicals found in plant pigments—might impact neurologic health of older Individuals, Holland and a team of colleagues conducted an analysis of MAP data examining the development of Alzheimer dementia with the intake of flavonols, specifically kaempferol, quercetin, myricetin, and isorhamnetin.

In short, MAP is an ongoing community-based cohort study consisting of participants in Chicago area retirement communities and public housing. Beginning in 1997, the ongoing study has more than 1900 participants including more than 1000 participants with data from a food frequency questionnaire (FFQ).

MAP participants were evaluated for probable Alzheimer dementia at annual evaluations through the use of a 3-stage process that included 19 cognitive tests, clinical judgment by a neuropsychologist, and a final diagnostic classification by an experienced clinician.

Diet of MAP participants was assessed using a modified version of the Harvard FFQ, which assessed the intake of 144 food items over the course of a year. For the current analysis, participants were divided into quintiles based on their flavonol consumption.

Investigators accounted for a multitude of covariates in statistical models. These included physical activist, BMI, hypertension history, history of cardiovascular disease, history of diabetes, and number of depressive symptoms. Relationships between the development of Alzheimer dementia and the intake of flavonols were assessed using Cox proportional hazards models.

Of the more than 1900 MAP participants, a cohort of 921 participants who did not have dementia were selected for inclusion in the current analysis. The mean age of the study cohort was 81.2 (7.2) years and 75% were female—of these 921, 220 developed Alzheimer dementia during a follow-up period that lasted a mean of 6.1 years.

Investigators pointed out those with the highest intake of total flavonoids tended to have higher levels of education and were more likely to participate in physical and cognitive activities.

Upon analysis, results of the Cox proportional hazards models indicated dietary intakes of flavonoid were inversely associated with incident Alzheimer dementia—even after adjustment for age, sex, education, APOE ɛ4, and participation in cognitive and physical activities.