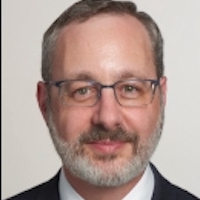 GED-0301 (Mongersen) will not be prescribed to treat active Crohn’s disease after negative results from a phase 3 clinical trial.

A team, led by Bruce E. Sands, MD, Icahn School of Medicine at Mount Sinai, assessed the efficacy and safety of GED-0301, an antisense oligodeoxynucleotide to Smad7 in patients with active Crohn’s disease.

In the phase 3 blinded study, 701 patients were randomized to either a placebo or 3 different once-daily oral treatment regimens—160 mg of GED-0301 for 12 weeks followed by 40 mg continuously or alternating placebo with 40 or 160 mg of GED-0301 every 4 weeks through week 52.

The investigators sought a primary endpoint of clinical remission achievement of CD Activity Index score of <150 at week 12.

Additional endoscopic endpoints were similar between the groups at weeks 12 and 15, while more participants in the placebo group had clinical responses (≥100-point decrease in the CD Activity Index score) at week 12 (44.4% vs 33.3%) at week 52. Clinical response rates were similar.

The adverse events found in the study were mostly gastrointestinal and related to active Crohn’s disease, which is consistent with the lack of clinical and endoscopic response treatment.

There were also 2 deaths in the treatment group caused by small intestinal obstruction and pneumonia, but neither was suspected to be treatment-related.

Overall, GED-0301 did not demonstrate efficacy for active Crohn’s disease when compared to placebo.

“This analysis demonstrated futility based on a low likelihood of achieving the primary outcome of clinical remission with continued enrollment,” the authors wrote. “Secondary outcomes, including clinical response and ER, showed the same pattern. These results were unexpected, given the promising results with GED-0301 in a placebo-controlled phase 2 study.”

While GED-0301 is formulated to release and deliver in the distal small intestine, the phase 2 study did not require endoscopy for enrollment and excluded patients with a history of disease involving the transverse or left colon.

However, in the phase 3 study, which included patients with active ulceration observed in the terminal ileum and/or colon on ileocolonoscopy regardless of the location, provided that a minimum SES-CD of ≥6, or ≥4 for those with disease of the ileum only, was found at screening.

One explanation for the unsuccessful trial is previous exposure to biologic agents.