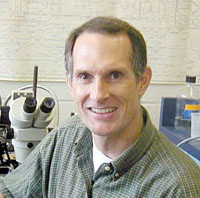 They also collected samples from healthy volunteers that were not diagnosed with either hypertension or a mental illness. A total of 105 people participated in the study.

According to Stevens, different medical mechanisms for high blood pressure likely correlate with signature molecules produced by gut bacteria that are thought to impact the cardiovascular system, metabolism, hormones, and the nervous system.

Human gut microbiome dysbiosis and attending pathologic metabolic pathways yielded discrete risk factors that discriminate patients comorbid with hypertensions with or without depression, as well as depression without hypertension, in comparison with healthy subjects.

"People are 'meta-organisms' made up of roughly equal numbers of human cells and bacteria. Gut bacteria ecology interacts with our bodily physiology and brains, which may steer some people towards developing high blood pressure and depression," Stevens said in a statement. "In the future, health professionals may target your gut in order to prevent, diagnose and selectively treat different forms of high blood pressure."

In a 2015 comprehensive study, investigators also found the observed heterogeneity in depression prevalence of hypertension may be attributed to differences in method of evaluation and self-report scales should be cautious of estimating the presence of depression.

Depression is a significant contributor to the global burden of disease. The World Mental Health Survey conducted in 17 countries in 2012 found that on average about 1 in 20 people reported having an episode of depression in the previous experience. It is estimated that depression affects 350 million people around the world, with a lifetime risk of 7%.
Copyright® ConsultantLive 2019 Intellisphere, LLC. All Rights Reserved.