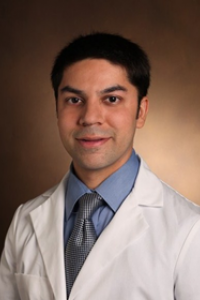 A new analysis of data from the Southern Community Cohort Study (SCCS) is highlighting the differences in modifiable risk factors for heart failure seen among patients of different races.

Results of the analysis indicate contributions of risk factors vary by race and suggest interventions tailored for specific race and sex groups may be needed to address the population burden of heart failure.

In an effort to further describe differences in risk factors for heart failure among a low-income, predominantly black population, investigators from Vanderbilt University School of Medicine conducted an adjusted analysis of SCCS data. From SCCS, investigators included a cohort of 27,078 participants in the current analysis—only black and non-Hispanic white patients were included due to low numbers of other population groups not allowing for stable analysis.

Of the 27,078 patients included in the study, 68.8% were black, 62.6% were women, and 69.7% had an annual household income below $15,000. More than half of the patients included had hypertension, were overweight to obese, and were physically underactive.

Furthermore, investigators point out 26.5% of patients had diabetes, 39.5% had high cholesterol, and 43.4% were current smokers. Of note, almost 99% of participants had 1 or more of the 7 modifiable risk factors and the median number of risk factors for the cohort was 3.

During a follow-up period that lasted a median of 5.2 years, 4341 participants developed heart failure. Results indicated an accumulation of modifiable risk factors was associated with increased risk of heart failure—specifically noting a 27% increase for every additional risk factor observed in a patient (95% CI, 24% to 30%).

In analyses examining risk factors individually, hypertension (HR 1.69; 95% CI, 1.56 to 1.84) and diabetes (HR 1.70; 95% CI, 1.59 to 1.82) were associated with the greatest risks of developing heart failure. The same analysis demonstrated physical under activity, high BMI, and smoking were associated with increased risk of heart failure, but poor diet and high cholesterol were not.

Investigators suggest—based on the results of their study—that distinct race-sex differences should be acknowledged if clinicians hope to address them in a real-world setting.

“By defining the relative contributions of modifiable risk factors to heart failure by race and sex, our findings may help prioritize clinical and public health approaches to reduce the incidence of HF in this resource-limited setting,” investigators wrote.