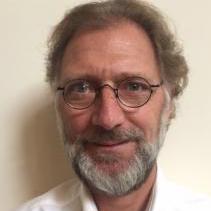 The new data, presented at the American College of Allergy, Asthma & Immunology (ACAAI) 2019 Scientific Meeting in Houston, holds potential implication for a pediatric patient population vastly affected by allergic rhinitis—and for those without a sublingual immunotherapy option (SLIT) for ragweed allergy.

In an interview with MD Magazine®, Hendrik Nolte, MD, PhD, senior vice president of Research and Development at ALK-Abello Americas and International, detailed the study findings, their implications for the allergy field, and what may come next of the SLIT product.

MD Mag: What is the burden of ragweed allergy plus conjunctivitis—in both scale, and burden of disease?

In the US, approximately 20 million people were diagnosed with allergic rhinitis in 2017; 5.6 million of these were children.

In the US, 11% of children aged 6-9 years old have ragweed sensitization (allergies), increasing to 19% in individuals ages 10-19 years.

When a person comes into contact with an allergen, like ragweed, the immune system forms antibodies that trigger a chemical response, causing allergic symptoms. These are signs of the immune system overreacting to the allergen. Symptoms of allergic rhinitis include a runny nose, congestion, itching around the nose, mouth, eyes or throat, and sneezing. Comorbid asthma often compound the burden of ragweed allergy and a direct link between asthma worsening and peak ragweed pollen levels has been made in portions of the United States.

MD Mag: What were the previous findings of SLIT therapy in adults? How critical is applying this care to pediatric patients?

Nolte: Allergic rhinitis affects millions of children, and those with ragweed allergies plus conjunctivitis may not get complete relief from currently available treatments. The adult ragweed SLIT-Tablet trials showed robust efficacy and safety results and was approved by FDA in 2014. The pediatric data from this large, multicenter, international, double-blind placebo-controlled phase 3 study replicates the adult data and confirm that ragweed SLIT-Tablet is a potentially effective and well tolerated treatment option for children with ragweed allergies.

MD Mag: What were the major ‘take-home’ points of the new findings?

MD Mag: What is the exact benefit of sublingual immunotherapy, compared to other applications of immunotherapy?

Nolte: Allergy immunotherapy, or AIT, treats the underlying cause of environmental allergies using a person’s own immune system. Small amounts of allergens are introduced into the body so the immune system can gradually learn to tolerate them better. It targets the specific allergy trigger that causes the immune system to overreact and provides long-lasting improvement for years after treatment.

SLIT-Tablets are a form of AIT, and they’re FDA-approved prescription medications taken daily. The first dose is taken at the doctor’s office, and then the tablet is taken once daily at home.

Subcutaneous immunotherapy (SCIT), also known as allergy shots, is another form of allergy immunotherapy administered in a doctor’s office because of a low risk of severe side effects. They contain extracts individually mixed by an allergy specialist based on a person’s allergy triggers. Treatments are initiated at low doses and gradually increased, usually with weekly dosing until a high-dose concentration is reached over several weeks, then the dose is given monthly. With shots, some individuals may need continued treatment for years while others may experience a remission of allergy symptoms. Some people can also relapse after discontinuing allergy shots.

SLIT-Tablets decrease both allergy symptoms and the need for additional symptomatic medicines like over-the-counter (OTC) antihistamines and nasal sprays and are taken at home versus at the Doctor’s office.

Nolte: We plan to initiate discussions with regulatory authorities, including the US Food & Drug Administration, to potentially expand the current product label to include a pediatric indication. The effect of asthma was favorable and suggests this must be further explored.
Copyright® ConsultantLive 2019 Intellisphere, LLC. All Rights Reserved.