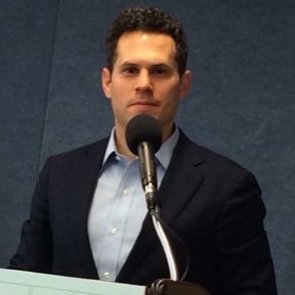 In an assessment conducted by investigators from Tufts University School of Medicine and Harvard Medical School—led by Adam Gaffney, MD, MPH—patients with COPD who had enrolled in a private HDHP reported more frequent out-of-pocket healthcare spending in excess of $5000 annually than those with a traditional plan.

The analyses, which used seven-year national survey results of older adults with the chronic respiratory disease, distinguish the particular financial burdens put upon patients using HDHP to cover their COPD care. Unfortunately, they also don’t come as too much of a surprise to Gaffney and colleagues.

“They mirror previous results: inhalers are expensive now, copays and deductibles are high, and patients are basically going without medical care due to costs,” Gaffney said in an interview with HCPLive®.

In the last half-decade, insurance deductibles for US residents with employer-sponsored coverage have risen more than 50%; rate increases have even been greater in the individual market. Investigators noted the burden of cost is even worse for patients who treat COPD with inhaled therapies.

It’s become more commonplace for patients to forego controller therapy simply due to coverage costs for inhalers—a decision which is associated with greater exacerbation risk, and therefore more frequent hospitalizations.

Gaffney and colleagues analyzed the National Health Interview Survey from 2011-2017 for privately-insured adults aged 40-64 years old who had been diagnosed with COPD. As the national survey uses IRS-based thresholds to classify individual HDHP or traditional deductible coverage plans, investigators used the database to understand the association between HDHP enrollment and indicators of cost-related impediments to care.

More than one-fifth (21.3%) of patients with HDHP had out-of-pocket spending exceeding $5000—excluding premiums—compared to just 8% of those with a traditional plan (P <.001).

Though outpatient care use was similarly reported across the 2 groups, one-third of all patients with an HDHP reported at least 1 emergency department visit in the past year; among traditional-plan patients, the rate was 26.4% (P = .03). The likelihood of hospitalization and mean number of hospitalizations per 100 person-years were both greater in the HDHP group.

There seemed to be universal burden with healthcare costs for middle-aged patients with COPD—regardless of private insurance plan, Gaffney said. But it certainly fared worse for patients with HDHP.

“We did see some increase in hospitalizations in those folks,” he explained. “But what this says, generally, is that patients with COPD and other chronic diseases are a vulnerable group that’s not getting the care they need, because of costs.”

Though factors including earlier, improved COPD screening and diagnosis, as well as treatment options, did not factor into the research, Gaffney said further assessment of COPD treatment cost and access burdens is necessary. But the most important step to follow such findings in one toward reformed healthcare, for the sake of chronically-ill patients.

Gaffney also called for an improved awareness of how COPD both broadly and particularly affects the US population. Among the 4 deadliest diseases nationally, the respiratory condition has been shown recently to most aggressively affect patients in rural settings, where healthcare access may be a greater issue.

“There’s not much awareness about the prevalence of COPD, but also how often it is a leading cause of death in this country,” Gaffney said. “There’s not a good understanding of that fact.”

The study, “High-Deductible Health Plans and Healthcare Access, Use, and Financial Strain in Those with Chronic Obstructive Pulmonary Disease,” was published online in the Annals of the American Thoracic Society.
Copyright® ConsultantLive 2019 Intellisphere, LLC. All Rights Reserved.