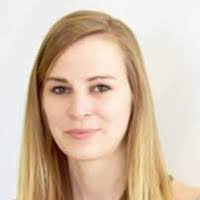 Frequent nightmares could be an indicator that an individual has increased high-frequency spectral power during NREM and pre-REM sleep periods.

A team, led by Borbala Blaskovich, Department of Translational Research in Psychiatry at the Max Planck Institute of Psychiatry, examined sleep architecture and electroencephalographic markers related to sleep regulations and hyperarousal in patients with frequent nightmares.

The study included 22 patients with frequent nightmare problems, as well as 22 healthy control participants. The 2 groups had a similar distribution of age, gender, and dream recall frequency.

In the study, both the patients suffering from frequent nightmares and a healthy control group spent 2 consecutive nights in a sleep laboratory. The investigators evaluated the second night spectral power during NREM to REM sleep (pre-REM), REM to NREM transitions (Post-REM), and during NREM and REMN periods for both groups.

There were significant differences between the 2 groups in the pre-REM to post-REM changes in low- and high-frequency domains. The frequent nightmare individuals also experienced a lower amount of slow-wave sleep with increased beta and gamma power during the NREM and pre-REM periods.

There were no difference present during REM and post-REM phases.

While increased pre-REM high-frequency power could be driven by PTSD symptom intensity, decreased low-frequency activity still occurred regardless of the severity of PTSD symptoms.

People who have a history of suicide attempts show lower sleep efficiency (the ratio of time asleep over time in bed trying to go to sleep).

In the eight-week, three-site, double-blind, placebo-controlled parallel-group, randomized controlled trial that zolpidem (zolpidem-CR) hypnotic therapy in conjunction with an open-label selective serotonin reuptake inhibitor could be beneficial for suicidal outpatients with severe insomnia.

The study included 103 medication-free patients from 18-65-years old with major depressive disorder, insomnia, and suicidal ideation. A total of 51 patients in the study received zolpidem-CR, while 52 received a placebo.

They did not observe a substantial treatment effect on the Scale for Suicide Ideation (95% CI, -2.19 to 1.08), but the reduction in scores was significantly positive related to improvement in insomnia after accounting for the effect of other depression symptoms.

The C-SSRS score was a different story. This score indicated that the medication had a significant impact (95% CI,−.50 to −.02).