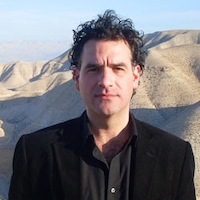 Cardiovascular mortality, prostate cancer, and dementia are among the diseases and disorders linked to inactivity for geriatric adults.

A team led by Conor Cunningham, PhD, of the Institute of Public Health in Ireland, examined multiple databases for systematic reviews and meta-analyses of longitudinal observational studies on the relationship between physical activity and any physical or mental health outcomes for adults older than 60.

"This research highlights the benefits of physical activity to our physical and mental health in older age,” Cunningham said in a statement. “For some time, we have known of the benefits of physical activity for our physical health; however, what is important about this research is that it highlights compelling emerging evidence of the positive effects of being physically active on our mental health--including depression, cognition, and dementia and Alzheimer's disease.”

With the population aging across the globe, estimates on the impact of physical inactivity for the population often fail to specifically focus on geriatric adults.

Along with physical health, mental health is worsening in the aging population.

The randomized clinical trial, which was called the Exercise and Nutritional Interventions for Cognitive and Cardiovascular Health Enhancement (ENLIGHTEN) study, found aerobic exercise and a healthy diet improved patients’ ability to function and to think, remember, and make decisions.

Of the 160 patients included, 40 were randomized to the combination group, 41 to exercise alone, 41 to diet alone, and 38 to the health education group. For inclusion in the study, patients needed to be 55 or older, have subjective memory or cognitive complaints, be sedentary, and have documented cardiovascular disease at least 1 additional cardiovascular disease risk factor.

The study, “Consequences of physical inactivity in older adults: A systematic review of reviews and meta‐analyses,” was published online in the Scandinavian Journal of Medicine & Science in Sports.
Copyright® ConsultantLive 2019 Intellisphere, LLC. All Rights Reserved.